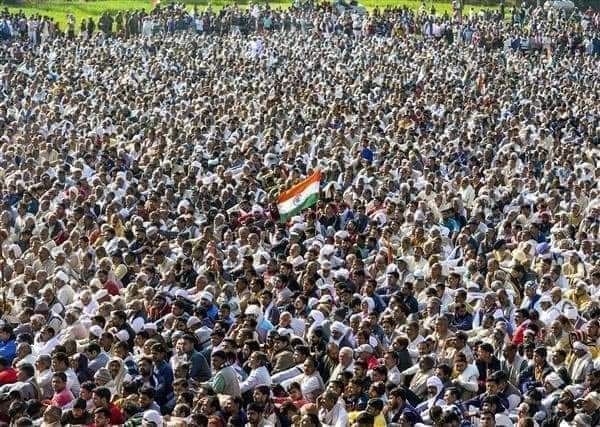 Aligarh:  Ahead of Prime Minister Narendra Modi’s visit to Aligarh on Tuesday, the Bhartiya Kisan Union (BKU) members said over 5,000 farmers from across the district will go to the event to remind him of the ‘pending promise’ of a potato processing unit in the district.

The Prime Minister will be in Aligarh to lay the foundation stone of Raja Mahendra Pratap Singh University.

The farmers said they will leave for Aligarh early in the morning on Tuesday by private vehicles and roadways buses. They will not hold any demonstration at the Prime Minister’s event but will highlight their demands only with handmade posters.

BKU district president Rajveer Lawaniya said, “The Modi government has completed seven years but the potato processing unit still remains a dream. We will go to Aligarh to remind him of his promise he made before the 2014 Lok Sabha elections. We will peacefully highlight our demand at the public event.”

BKU’s women wing leader, Savitri Chahar, said, “We trusted the Prime Minister and farmers voted for BJP in the Lok Sabha and Assembly elections. In return, we got nothing.”

According to farmers, a potato processing unit in Agra is necessary as it will supplement farmers’ income and create a scope for manufacturing of various potato products at the local level. Farmers will not have to preserve potatoes in cold storages for a long time. The unit will also generate employment opportunities.

Agra is the largest potato producing district of northern India, cultivating in around 75,000 hectares of land.

Besides the processing unit, farmers at the Aligarh rally are also going to demand for a subsidy on cold storage charges.

At present, there are 270 cold storage units in Agra district with a total capacity of over 25 lakh metric tonnes.