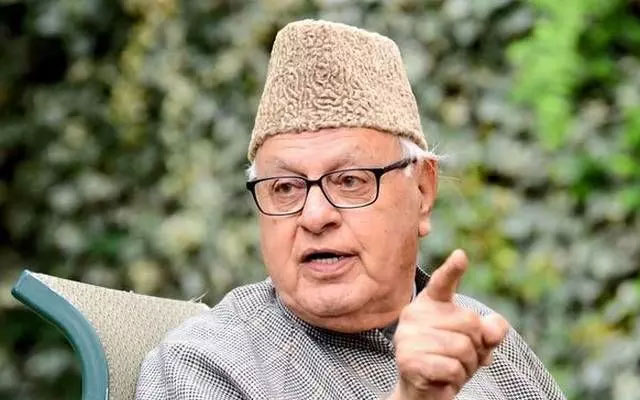 Former Jammu and Kashmir Chief Minister Farooq Abdullah has been called for questioning at the Enforcement Directorate (ED) office in Srinagar on Monday in connection with alleged misappropriation of funds when he was the Chairman of J&K Cricket Association.

According to details, ED had issued summons to the former Chief Minister and called him for questioning in connection with the alleged misappropriation of Rs 43 crore when he was chairman of J&K Cricket Association.

BCCI had reportedly given funds to Jammu and Kashmir Cricket Association from 2002 to 2011 as a grant for the promotion of cricket in J&K, out of which Rs 43.69 crore was allegedly siphoned off.

Farooq Abdullah’s son and also a former Chief Minister Omar Abdullah said there were no raids being conducted at the residence of Farooq Abdullah and the summoning of his father by the ED is just a political vendetta.

“The party will be responding to this ED summons shortly. This is nothing less then political vendetta coming days after the formation of the People’s Alliance for Gupkar Declaration. To set the record straight no raids are being conducted at Dr Sahib’s residence,” Omar tweeted.

People’s Alliance for Gupkar Declaration also issued a statement to condemn the same. Moreover, People’s Democratic Party chief Mehbooba Mufti asserted that the development was a part of the government’s retaliation against Jammu and Kashmir politicians’ decision to unite to seek restoration of the region’s statehood and speical status.

“ED’s sudden summon to Farooq sahab displays the extent of GOIs nervousness about mainstream parties in J&K fighting as one unit. Also reeks of political vendetta & wont in the least blunt our collective resolve to fight for our rights,” she tweeted.