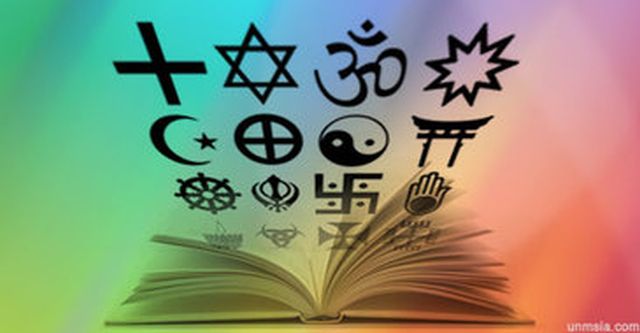 “Recent events in India have damaged the country’s image as a vibrant, plural and successful democracy.” That is the opening line of former Foreign Secretary Shyam Saran’s recent article in which he expresses his “growing concern over the rising polarisation and communalism of our social and political discourse”. Saran pointed out: “We pride ourselves in being the most tolerant of people, celebrating our diversity of faith, culture and tradition, ways of life and language. Diversity thrives on sharing; it becomes poison when it becomes an instrument for separating ‘us’ from ‘them’. One cannot construct an over-arching Hindu identity on the basis of creating a binary Hindu-Muslim divide.”

Indeed, we do not need a divide. We need instead to find our spiritual common ground. We cannot find that common ground by accident. It must be a consequence created through strong beliefs and a concerted and sustained effort over time. It must be an outcome that overcomes religious, regional and racial boundaries.

How do we reach that ideal state? We begin with where we are, find our shared values, leverage our strengths and then chart a path to where we want to be.

As an example of discovering our shared values, let me draw upon the teachings of Sir Syed Ahmad Khan, founder of Aligarh Muslim University, and Pandit Madan Mohan Malviya, founder of Banaras Hindu University.

These men were visionaries who saw the world not though religious blinders but through an expansive view of what strong and inclusive faiths can do to unite rather than divide us.

Pandit Malviya instructed us: “India is not a country of the Hindus only. It is a country of the Muslims, the Christians and the Parsees too. The country can gain strength and develop itself only when the people of India live in mutual good will and harmony.”

Sir Syed expressed a similar philosophy, stating that the graduates of Aligarh “…shall go forth through the length and breadth of the land to preach the gospel of free inquiry, of large hearted toleration, and of pure morality.”

While there was not a religious bond between Malviya and Sir Syed, there was undoubtedly a spiritual one. It might be said they were soulmates.

They understood that spirituality is transcendent. They knew that spirit is the invisible force that brings us together regardless of our particular predispositions. They recognised that India would be best as one nation under God.

We can do that not by looking to the heavens and to the gods whom we worship. But by looking at the earth and the people and the family that we are. We all have a role to play in that pursuit. Some people have special contributions to make.

Religious leaders can promote interfaith dialogue. They can bring together followers of different persuasions for meaningful conversations. They can promote a dialogue of understanding and a shared sense of community with other faiths. They can call attention to the fact that an attack on one religion is an attack on all religions.

Political leaders can promote a framework of unity and civility. They can ensure that all laws are fair and fairly enforced. They can take affirmative actions to promote an atmosphere of communal peace and harmony. They can promote hope not fear.

Citizen leaders can promote collaboration. They can toil together transcending their creeds to plant the seeds for doing good deeds. They can invest in programmes that cut across and eliminate racial, religious and socio-economic divides. They can help shape a stronger and fairer India.

As the United States diminishes its role as a world leader for democracy under President Donald Trump’s leadership, there is a vacuum to be filled. By finding its spiritual common ground and becoming one nation under God, India can achieve its full potential as a country and become a world leader to fill that vacuum.

(Frank F. Islam is an entrepreneur, civic and thought leader based in Washington, D.C. The views expressed are personal. He can be contacted at ffislam@verizon.net)