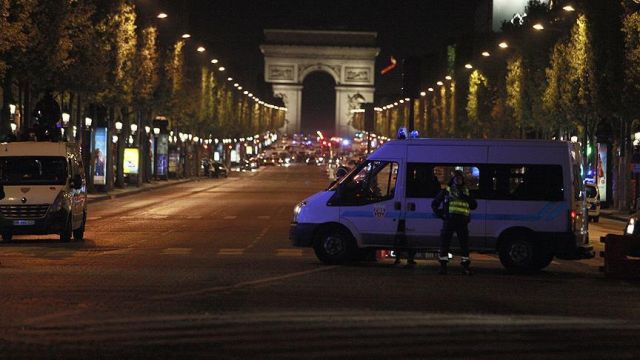 Jawad Bendaoud, Mohamed Soumah, and Youssef Ait Boulhacen are not accused of being directly involved in planning or conducting the attacks, but the trio are the first to go on trial in relation to the deadly attacks.

Bendaoud and Soumah are being prosecuted for helping two terrorists — mastermind Abdelhamid Abaaoud and his accomplice Chakib Akrouh — by harboring them in the aftermath of the carnage.

The pair each face up to six years in prison and a fine of 90,000 euros if convicted.

Ait Boulhacen is Abaaoud’s cousin and brother of Hasna Ait Boulahcen who were killed during a raid on their hideout in Seine-Saint-Denis, in northern Paris five days after the Nov. 13, 2015 attack.

He is charged with failure to report the crime and could face five years in prison and a 75,000 euros fine.

Bendaoud, 31, came to fame and became a national laughing stock after he granted a television interview during the raid in which he appeared clueless and proclaimed his innocence.

“I wasn’t aware they were terrorists. I was asked to do service, I did service, sir,” he told a reporter.

“I was told to put up two people for three days, I helped out normally. If I’d known, do you really think I would have hosted them?” he said, before being interrupted by a police officer who arrested him on live telivision.

The clip became a viral sensation and Bendaoud became known nationwide as the “Daesh landlord.”

Nine of the known attackers and four key accomplices were killed, while eight suspects are in custody in France and several elsewhere, including five in Belgium.

The sole surviving suspect, Belgian-born French national Salah Abdeslam, was arrested in Brussels in March 2016 and extradited to France where he is being held in solitary confinement under 24-hour watch at Europe’s biggest prison at Fleury-Merogis, south of Paris.

Abdeslam, who has remained silent since his arrest and refuses to explain to investigators his role in the attacks, goes on trial in Belgium in next month for the attempted murder of police officers injured in a shootout three days before he was captured in the Brussels district of Molenbeek.

A date for his trial in France has not yet been set.

France remains on high alert since the 2015 attacks and has been the target of several other deadly terror assaults in the last two years, despite a state of emergency that was extended several times and expired last November.