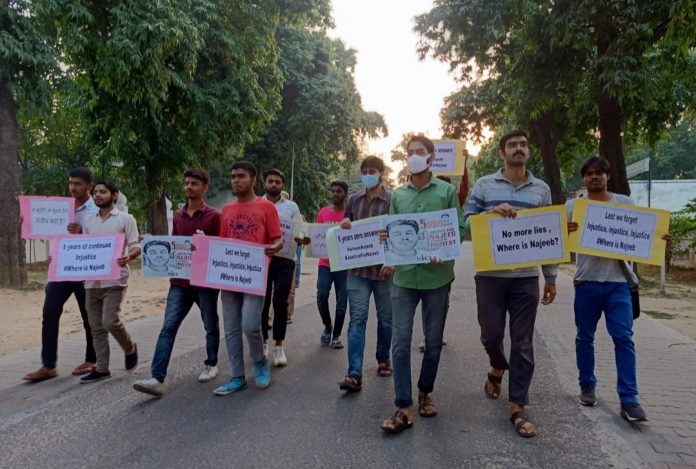 The Aligarh Unit of The Students Islamic Organisation of India (SIO), on Thursday, held a demonstration against the “enforced disappearance of Najeeb Ahmed”.

Najeeb Ahmed, a student of the Jawaharlal Nehru University (JNU) on October 15, 2016, after a reported scuffle with members of the Akhil Bharatiya Vidyarthi Parishad (ABVP), a student wing of the Rashtriya Swayamsevak Sangh (RSS).
In a memorandum presented to the President of India regarding the matter, the SIO demanded that Special Investigation Team (SIT) should be set up to punish the culprits behind Najeeb’s disappearance.