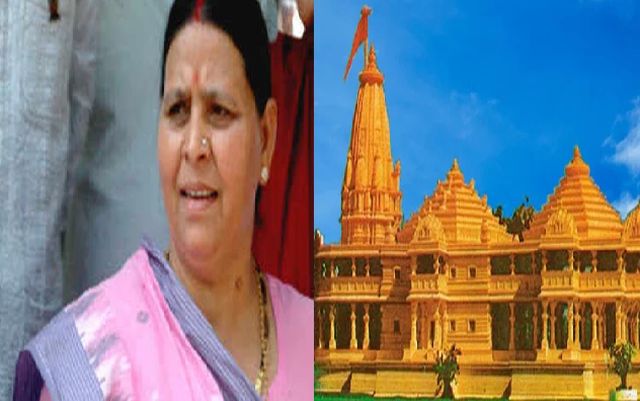 Patna : Former Bihar Chief Minister Rabri Devi said on Monday that the issue of building a grand Ram temple in Ayodhya was a mere election issue for the Bharatiya Janata Party (BJP) and that it will never build the promised temple.

With Assembly polls in five states and ahead of the 2019 Lok Sabha polls, the BJP was again making it an election issue, the RJD leader told the media here.

Rabbi Devi dared the BJP to go ahead and construct the temple at the spot where the Babri mosque stood until December 1992.

“If the BJP is really interested in building a temple and has the guts, it should construct it. But it will not do it as it is more interested in keeping the issue alive for elections.”

Rabri Devi said the issue was pending before the Supreme Court and everyone should wait for its verdict.

And a temple should be built with consensus, not by force, added the wife of RJD chief Lalu Prasad.