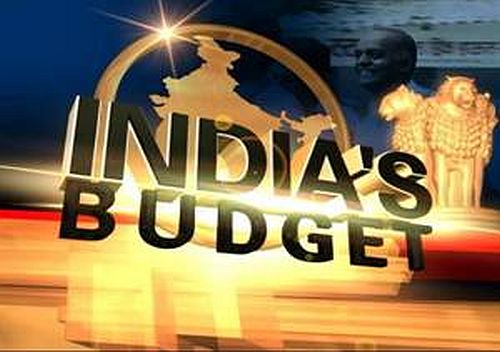 Considering that the welfare of the poor and middle class is the priority area of the government and the assembly elections manifestos of all the major political parties centre around housing and urban development, this year’s budget is expected to give a major thrust on real estate housing & infrastructure.

The 2017-18 budget should be seen in the backdrop of a tough year for real estate and housing, with the problem of weak sales and high unsold inventory getting further precipitated by demonetisation. It’s a matter of concern that the sale of housing units declined by 10 percent in the six month period ending September 2016.

This poses a major challenge to NDA government’s flagship programme of ‘Housing for All’, as housing besides infrastructure, is a major booster to GDP especially in a slowdown economy and has a multiplier effect on allied sectors.

As the government is rightly giving boost to affordable/low-cost housing for the success of its ‘Housing for All’ mission,the budget needs to come up with policy initiatives/incentives to give a fillip to affordable and low cost housing by way of direct benefits to home buyers, resulting in enhanced affordability.

In order to widen the scope of interest rebate on affordable housing,there’s a need to enhance the 30 sq mtr area limit of houses, especially when the government has already broadened the scope of interest subsidy under Pradhan Mantri Awas Yojana (PMAY) by enhancing the loan eligibility limit from 6 lakh to 12 lakh by creating two additional loan slabs of 9 lakh and 12 lakh with interest subsidy of 4 percent and 3 percent respectively.

Furtther, as the government’s focus is on rural development, one can expect hike in outlay for Pradhan Mantri Gramin Awas Yojana (PMGAY) under which 10 million houses are to be built over the next two years. Hike in budgetary allocation for affordable homes and increasing the FSI/FAR also needs to be addressed.

Amidst price rationalisation and lowering of interest rates,the budget may well provide direct tax incentives by increasing the exemption limit under 80C along with revival of standard deduction to benefit individual tax payers, considering that the Finance Minister Arun Jaitley has already said that demonetisation gains may be used to fund tax- friendly budget.

This will give more disposable income in the hands of home buyers to boost housing. As part of tax bonanza,home buyers can expect hike in deduction limit of interest paid on housing loan. While there could be some tax incentives for first time home buyers, the government may on the other hand do away with tax incentive on the sale of residential property by a person already owning more than two homes.

Together with directly supporting the buyers of affordable homes, there is a case for providing greater access to institutional finance for developers to push up the supply of affordable and low cost homes. REITs which are expected to be listed in the coming fiscal (June 2017), will prove to be a major instrument to boost low cost funding to developers.

In the last budget, the government came up with a major facilitating policy initiatives like exempting Dividend Distribution Tax (DDT) on SPVs,doubling investment cap of under- construction projects. Further relaxation in capital gains on sale of asset is expected in this year’s budget to maximise the gains of REITs.

On the infrastructure front, in view of India requiring 31 trillion to be spent for development over the next 5 years, there is a clear case before the government to address the shortfall in funding requirement. The flagship programmes like AMRUT and Smart Cities Mission require enhanced fund allocation.

The government may utilise the demonetisation windfall to allocate more funds for infrastructure especially as it has gone on record saying that Rs 25 lakh crore investment will be made over next 5 years that will create 5 crore jobs and boost GDP by 3 percent.For this it needs to be ensured that the National Investment & Infrastructure Fund announced in 2015 Budget gets off the ground.

Select infrastructure/finance companies need to be allowed to raise long-term funds in the form of bonds by restoring tax incentive to investors. Long drawn-out disputes, cumbersome land acquisition processes and delayed project clearances, are other issues to be addressed in the budget to tackle the serious problem of stalled projects. Various stake holders in the housing sector are hoping that the government may well accord infra status to low- cost housing to lower borrowing cost of developers and go for auction of benami assets to house poor.

The expected higher outlay for infrastructure and housing in the budget will go a long way in boosting the allied sectors and core sectors such as cement and steel.And with low cost housing and road construction being highly labour intensive, it will have a spiraling effect on boosting employment, thereby ensuring job-led growth.

(Vinod Behl is editor, Realty Plus, a leading real estate monthly. The views expressed are personal. He can be reached at vbehl2008@gmail.com)—IANS