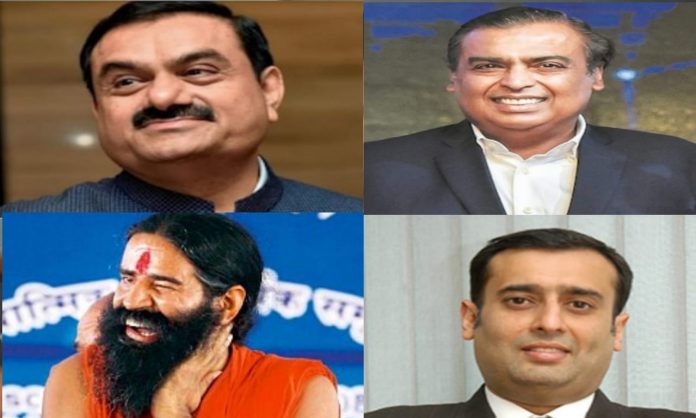 Targeting Muslims for their religion and religious beliefs has become a new norm across the country now.

On one hand, Muslim girls are targeted and banned from entering the educational institutions for wearing certain kinds of clothes and on the other hand, small, local business vendors and shopkeepers are boycotted in the name of Halal and for being from a particular minority community.

In the past couple of months, anti-Muslim propaganda, hateful comments has become a new normal in India. After “love jihad” and “thook jihad”, hijab controversy, the narrative has been shifted towards “Halal”.

Recently, wellness Company Himalaya was targeted and called out on Twitter with the trending hashtag #BoycottHimalaya.

Harinder S Sikka, Group Director of Strategic Business at Piramal Enterprises, had shared a photo on social media, about ‘Halal policy’ document of Himalaya Company’s Pune factory, where he promoted a boycott of Halal, and suggested that a company holding a Halal certificate meant that its staff is Muslim and it uses beef extracts in the products.

After that Hindu Jagruti Samiti, Srirama Sene, Bajrang Dal, and other right-winged groups asked the brand to remove the halal certification from its sign boards across all meat selling shops in Karnataka.

After Himalaya, Haldiram’s was targeted after a video surfaced on Twitter, in which a reporter was seen confronting Halidram’s store manager for the Arabic writing on the package.

The female reporter vehemently confronts the manager, who is also a woman, alleging that Haldiram’s was trying to hide facts by hiding the description of the snack packet in Arabic.

After the video went viral, Haldiram’s was called out and trolled on social media for allegedly having Arabic text written on the packaging.

Halal is an Arabic word that means lawful, permissible in Islam, and is free from all prohibited products while Haram means something which is unlawful or prohibited.

As per Islamic law, the products containing Alcohol, dead animals before their slaughter, blood and its by-products, pork, and meat (without halal process) are prohibited and hence are haram for the followers of Islam.

The Companies certified Halal are not owned by the Muslims only. There are several companies, industries and brands in India, which are certified Halal by the Jamiat  Ulema Halal Foundation, that are owned by Hindu businessmen including Adani Wilmar Limited (food products) owned by Gautam Adani, Reliance Industries Limited by Mukesh Ambani, Tata Consumer Products and Tata Consumer Chemicals of Tata group, Parle products by Vijay Chauhan and family, Baba Ramdev’s Ramdev Food Products Pvt Ltd.

When the halal Controversy erupted many social media users pointed out that the only Muslims were targeted and boycotted for being certified as Halal but there are many companies that are owned by Hindus and are certified halal.

“Most Hindus don’t even know what halal means- and don’t care. All these years they have happily consumed meat as long as it’s of good quality. Now this manufactured “controversy” about nothing means that even vegetarian bhakts are talking rubbish about meat. Laughable!”

Another social media user, KaushikRaj, who is also a journalist, tweeted, “In Karnataka, after Hindutva mob took to the streets to heckle Hijabi women, now they are being seen barging into restaurants and harassing Muslim customers/traders in the name of Halal meat and forcing their boycott. This is “IT Hub”. Are IT Professionals proud of this mob rule?”

“UP is the biggest exporter of boneless bovine meat with an estimated value of the business to be around $2012 million (Acc to NITI Aayog export preparedness Index, 2020). Instead of vandalizing the stalls of poor Muslim meat workers, why don’t you boycott export of Halal meat?” tweeted Alishan Jafri, a journalist.