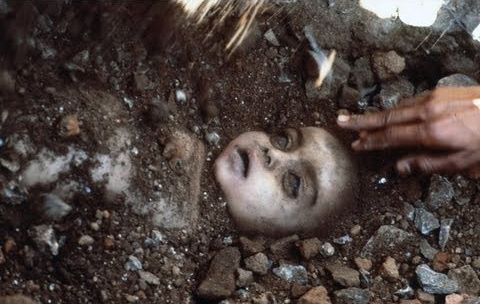 Bhopal, November 21: The representatives of the four NGOs (non-Government organizations) working for the welfare of the survivors of the Union Carbide Bhopal gas tragedy, world’s worst industrial catastrophe, have charged Madhya Pradesh Minister Vishwas Sarang of misusing funds meant for economic and social rehabilitation of the survivors.

Addressing a Press conference here the organisations presented copies of documents obtained under the Right to Information from the Madhya Pradesh Department of Bhopal Gas Tragedy Relief and Rehabilitation which show that close to 60 per cent of the funds meant for providing employment to survivors and their children have been diverted to build drains, roads and parks. Likewise, documents show that almost one third of the funds meant for housing of residents in the vicinity of the Union Carbide factory are also being diverted for the same purpose.

President of the Bhopal Gas Peedit Mahila Stationery Karmchari Sangh, Ms Rashida Bee said: “In 2010, Rs.104 crores was allocated to provide jobs to 1 lakh Bhopal survivors and their children. After failing to provide employment to even one survivor in the last 8 years, the Minister is now spending more than 60 crores of the money meant for employment generation on public works that are routinely funded by tax-payers money.”

“All of the 75 crores that the Minister has taken away from the funds meant for survivors is being spent in his own constituency. Survivors of the Bhopal disaster are being robbed to pay for the Minister’s vote gathering plans. To fuel the Minister’s ambitions, the plan to provide safe housing to families living in the contaminated area next to the Union Carbide factory has been abandoned,” said Nawab Khan, president of the Bhopal Gas Peedit Mahila Purush Sangharsh Morcha.

Ms Rachna Dhingra of the Bhopal Group for Information and Action expressed concern about the complicity of the Central government in the mis-utilization and misappropriation of funds meant for Bhopal gas tragedy survivors.

“In 2014 we sent hard evidence of misappropriation of Rs. 18 crores meant for economic rehabilitation of survivors to the CBI and to the Ministry of Chemicals that had provided the funds. No action has been taken against the known culprits till date. Documents show that in March this year the Ministry of Chemicals approved diverting of funds meant for survivors after objecting to it for three years.”

“Documents we have got through RTI show that while hundreds of thousands of survivors of Bhopal await relief and rehabilitation, more than half of the funds allocated for their rehabilitation in 2010 remain unspent today. If the Minister was a school student like many of our members, he would have been kicked out for repeated failure.” said Nausheen Khan of the Children Against Dow Carbide.