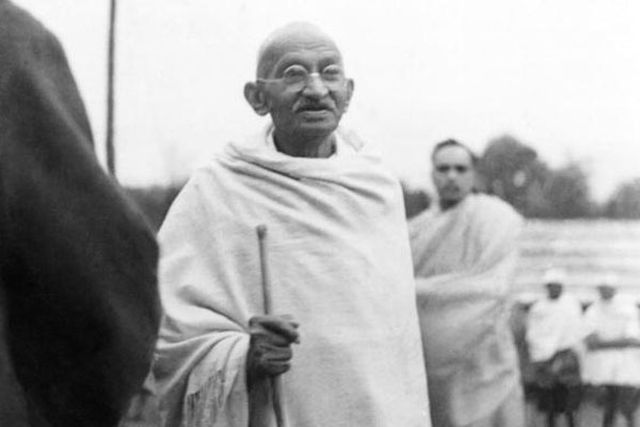 New Delhi : Politicians and civil society members remembered Mahatma Gandhi on his 70th death anniversary on Tuesday, comparing the ‘Father of the Nation’ with Lord Buddha and Jesus Christ.

Speaking at the event organised by the Delhi University Students Union (DUSU), Congress leader Salman Khurshid said that Gandhi will “remain relevant till the time all things we care for — love, friendship, truth, respect and every other good thing we know remain relevant in the society”.

We all need to, he added, rediscover Gandhiji in this “age of nuclear conflict”, who is as relevant as “Buddhha, Jesus, Rama, Krishna, and Mohammed”.

Historian Mridula Mukherjee, one of the panelists, remarked that Gandhi’s relevance today has increased manifold when “fanaticism is going unpunished” and “media being threatened, acquiesced to follow power”.

A former journalist and BJP leader, Sudheendra Kulkarni asserted that Khadi — championed by Gandhi as a symbol of self-reliance — still represents the harmony among “races of the world”.

“Gandhiji”s relevance cannot be judged on the basis of misalignment in the society, the ideals of ‘gram panchayat’ and khadi may have lost the sheen, but it represents the politics of service to promote justice and harmony among the races of the world,” he said.

“No other leader in the world tried socio-political transformation with the tools of non-violence and truth. Gandhiji’s ways did not just mean to achieve the ends but also ensured that the means employed were sanctified,” he added.

Mrinal Pande, former Chairperson of Prasar Bharati, pointed out Gandhi’s affinity with music and rhythm saying that he “used to incorporate musical ceremonies since 1908 as he said the country who can’t sing in rhythm can’t voice on an issue in unison”.