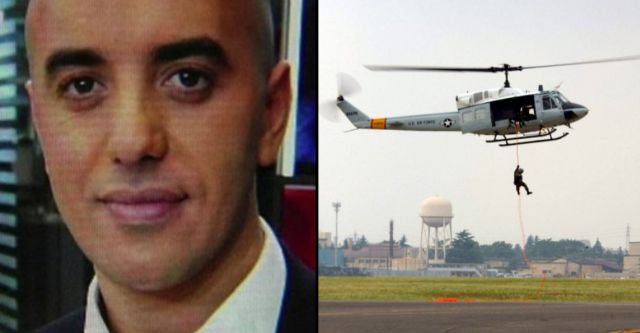 Paris : A notorious criminal who in the past had been branded as France’s “Public Enemy No. 1” on Sunday made a cinematic escape from a prison near the country’s capital in a helicopter, French authorities said.

Redoine Faid, who had already broken out of a different prison in 2013, was freed by an armed commando of three heavily-armed accomplices that landed on the jail’s courtyard while he was in the visitation hall, Efe news agency reported quoting a Justice Ministry statement.

“The escape only lasted a few minutes,” the statement said. “There were no hostages or injuries.”

The ministry added that the prosecutor’s office had launched an investigation and a search operation had been put in place by police.

The getaway helicopter was later found burnt, by local police, in the nearby Parisian suburb of Gonesse, next to the Charles de Gaulle International Airport.

Faid, 46, was serving a 25-year jail sentence at Reau prison, located 40 km to the southeast of Paris, for a botched robbery in 2010 that caused the death of a police officer.

In the 1990s, he was co-leader of a gang engaged in jewel theft, armed robbery and extortion in the Paris area. Although he was sentenced to 30 years in prison for these activities, he was released on parole after 10 years.

In 2009, Faid wrote a book titled “Robber: Cities of Organized Crime”, in which he explored his childhood growing up in Paris’ marginalised neighbourhoods, or banlieues.

But his greatest moment of notoriety came when he pulled off an astounding prison break that involved taking four guards as hostages and blasting several doors open with explosives, which quickly put him on the top of France’s most-wanted list.

He was re-apprehended six weeks later at a Paris hotel and in 2017, he was sentenced to 10 years’ imprisonment for that first jailbreak.