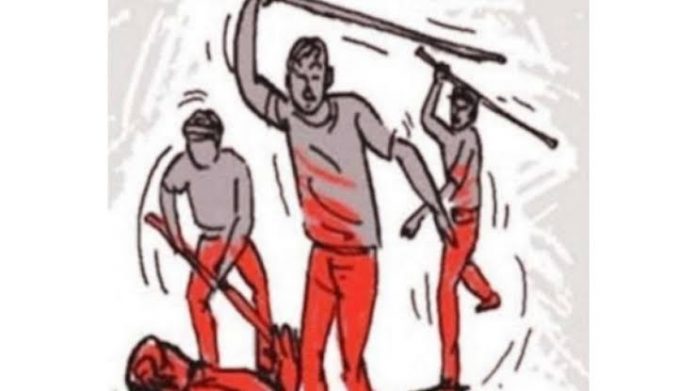 Mathura : A group of people from a minority community allegedly assaulted two cow vigilantes in Mathura, after they forcibly entered their houses, suspecting cow slaughter.

Police said no evidence of any such act was found at the site.

According to reports, about a dozen ‘gau rakshaks’, led by Ravi Kant Sharma, president of the Gau Raksha Dal, raided the houses of in Mewati on Sunday.

Members of the minority community alleged that the men were trying to steal their buffaloes when two of them were caught.

Agitated residents shut their shops in protest. Police were deployed in the area to maintain law and order.

The situation is now under control, the police said.

Meanwhile, Sharma said that his team reached the locality after getting a “tip-off”. He said people pelted stones at his group and later assaulted two members who sustained severe injuries.

SP (city) M P Singh said that an FIR was lodged against 14 people under IPC Sections 307 (attempt to murder), 147 (rioting), and 323 (voluntarily causing hurt), based on a complaint filed by Sharma at the Kotwali police station.– IANS

Historians weigh in on places of worship: Just let the past be!