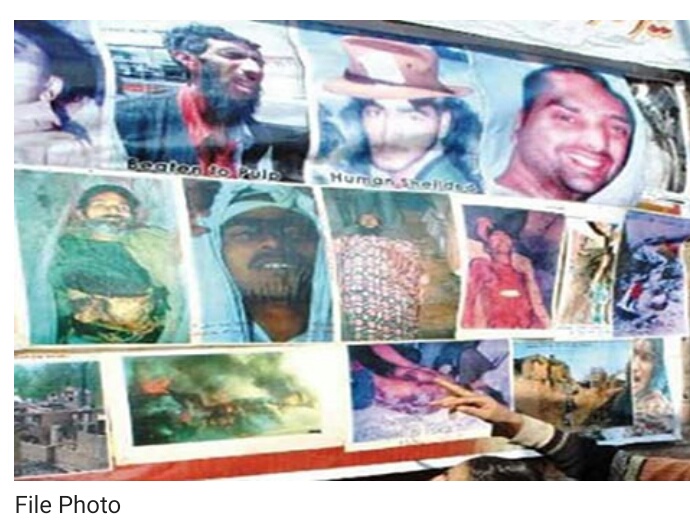 On 21 January 1990, the Indian paramilitary troops of the Central Reserve Police Force opened fire on a group of Kashmiri protesters in what has often been described as “the worst massacre in Kashmiri history.”.At least 50 people were killed (according to survivors, the actual death toll may have been as high as 280). The massacre happened just a day after the Government of India appointed Jagmohan as the Governor for a second time in a bid to control the mass protests by Kashmiris.

Violence erupted in the Kashmir region of India Jammu and Kashmir in November 1989, though unrest had been building in the state since the 1987 elections, which were rigged by the Indian government and the National Conference to ensure the defeat of a coalition of pro-independence and pro-autonomy parties.

On 19 January 1990, the night Jagmohan was appointed governor, Indian security forces conducted extensive house-to-house searches in Srinagar. Hundreds of people were arrested. CRPF troops also molested women during the raids. Both Jagmohan and Abdullah deny any involvement in the decision to carry out the raid.

As word of the raids spread the next morning (20 January 1990), thousands of Kashmiris took to the streets in protest, demanding independence. Jagmohan responded by putting the city under curfew. That evening, a large group of protesters shouting pro-independence slogans, reached Srinagar’s wooden Gawkadal Bridge.

According to the J & K police, on approaching the wooden bridge a large crowd of demonstrators started pelting stones, after which the security forces fired on the crowd, leading to the death of several protestors.The police record mentions that “on January 21, a big crowd raising anti-India slogans was heading towards Lal Chowk and the security forces tried to stop the crowd near Gaw Kadal. Instead of dispersing, the unruly crowd started pelting stones at government buildings and security force personnel.”

Indian authorities put the official death toll for the massacre at 28. International human rights organisations and scholars estimate that at least 50, and likely over 100 protesters were killed—some by gunshot wounds, other by drowning after they jumped into the river in fear.

In the aftermath of the massacre, more demonstrations followed, and in January 1990, Indian paramilitary forces are believed to have killed around 300 protesters. As a Human Rights Watch stated in a report from May, 1991, “In the weeks that followed [the Gawakadal massacre] as security forces fired on crowds of marchers and as militants intensified their attacks against the police and those suspected of aiding them, Kashmir’s civil war began in earnest.”

MJ Akbar, editor of Asian Age newspaper, said of the massacre, “January 19 became the catalyst which propelled into a mass upsurge. Young men from hundreds of homes crossed over into Pakistan administered Kashmir to receive arms and training in insurrection Pakistan came out in open support of secession, and for the first time, did not need to involve its regular troops in the confrontation. In Srinagar, each mosque became a citadel of fervor.”

No known action was ever taken against the CRPF forces officials responsible for the massacre, or against the officers present at Gawkadal that night. No government investigation was ever ordered into the incident.

Fifteen years later, the police case was closed and those involved in the massacre were declared untraceable. No challan has been produced against any person in court.