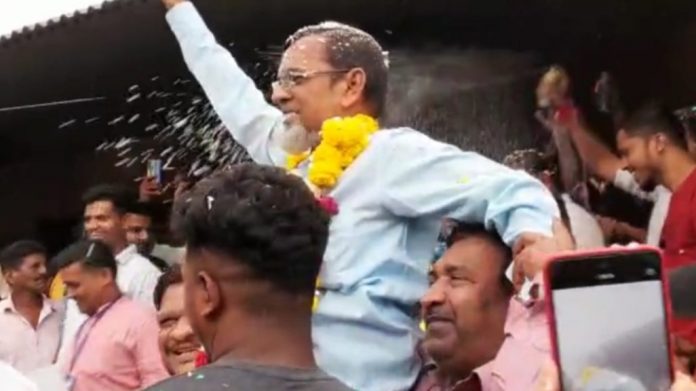 Muslims’ efforts to make imprints in political landscape of Goa yielded some positive results in the recently held panchayat elections with as many as 17 Muslim candidates registering a win across the state.

Counting of votes for elections to the 186 panchayat bodies spreading over 1,464 wards was held on 12 August and their results were declared on the same day. A total of 5,038 candidates were in the fray.

Sexagenarian social rights activist Osman Sayed was one significant figure who won from Querim Village Panchayat from Sattari Taluka. He is the lone Muslim winner in the entire north Goa. Osman said it is a victory for the people. Besides, he gave credit to his victory to his leaders and Vishwajeet Rane (BJP MLA, Health and TCP Minister).

Responding to a question about joining the BJP, he said, “I will be with my leader Vishwajeet Rane wherever he goes.”

Sajida Bi Shaikh, Naveed Tahsildar and his wife Afreen Banu won from Curti Khandepar Panchayat. Naveed, a senior political activist, was very happy during chat with Muslim Mirror and gave credit to his voters. According to Naveed, the decision on joining a political party has not yet been taken.