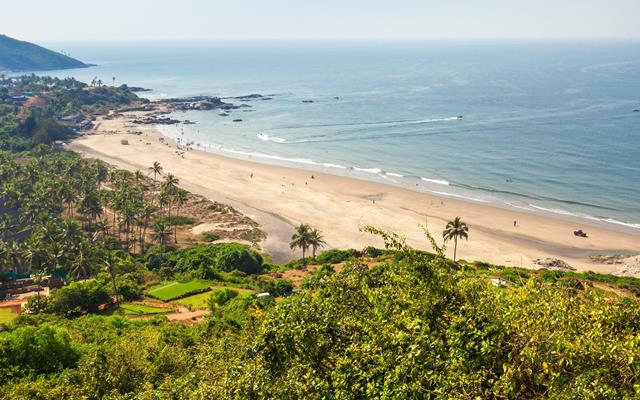 The last few decades have witnessed vast changes in political ideology and economic policies across the world. People of different countries have been affected differently, but always in a significant manner everywhere.

Goa has achieved remarkable progress since Liberation. The greatest gain of Liberation has been the feeling of self-respect regained, the opening of the portals of opportunity particularly to the vast mass of people who were denied upward mobility over the centuries and perhaps the millennia.

Great strides have been made in core sectors such as Education. In 1961, the literacy rate here was 30%. Goa is now a fully literate State if we exclude some persons above the age of 50 and a section of migrant labour.

This has been achieved mainly through private institutions. Regrettably, Government schools themselves are in an appalling condition. As a result only those who cannot afford to enrol their children in private schools send them to the Government schools. The Fundamental Right to Education for all children up to the age of 14 years is enshrined in our Constitution. What is required is a law to determine the facilities which the State Government should provide to the children so that they can exercise this Fundamental Right. “Free Education” means not merely free from tuition fees but also adequate classrooms and teachers, free uniforms, text books and other educational material. Inequalities in education will be accentuated in the Computer Age. The dangerous “digital divide” can only be prevented if necessary steps are taken right now. The ideal is the “Common School System” with quality Government schools known as “neighbourhood schools” in every locality where all children irrespective of social class or religious affiliation will go. This is the system prevailing in Scandinavia and other educationally advanced countries.

The Goa University ought to be a centre of academic excellence at the national as well as at the international level. It should be a powerful instrument to enable the youth of Goa and of the country at large to deal with and thrive in today’s increasingly competitive world, the global “knowledge society” where education is the key to success. Turning our University into a Central University would have advanced this objective and would have improved significantly our University education.

The Official Language Act was enacted in 1987. It was intended to strengthen our common cultural heritage and achieve greater unity and harmony among our people. Yet, in the process of implementing the Act, those who write Konkani in the roman script are entitled to the same protection available to those who write in Devanagari. This is their constitutional right and it flows from Article 29 (1) of the Constitution of India. Konkani writers in roman script should have access to literary awards, representation in literary bodies, financial assistance, etc. to the same extent available to those who write in Devanagari. However, Konkani should be taught in schools through the Devanagari script only. The reason is that children learn the roman script through the study of English which is important for international communication and for availing the increasing employment opportunities in the country itself. Devanagari is equally important for access to Indian culture and other Indian languages. The importance of national languages and assertion of national cultural identity is growing everywhere in the world. India is not and should not be an exception.

In the Sixties, tourism was adopted as a key sector for Goa’s development primarily because of its potential to generate employment in a State with an increasingly educated workforce and limited industrial growth. The objective of employment has been achieved to a great extent in as much as almost one third of Goa’s population is engaged in tourism related activities, directly or indirectly. However, Goa being a small State, its carrying capacity in terms of its size, facilities available and ecological fragility should be considered. Very little awareness existed until a decade ago among policy makers in Goa or elsewhere in the world about the need for sustainable tourism development. It is now accepted that tourism should be developed in a manner that meets the requirements of the present without compromising the ability of future generations to meet their own needs. Sustainable tourism development considers three fundamental elements, economic, social and environmental. Economic sustainability consists in maintaining the growth rate at a manageable level to avoid consumer dissatisfaction. In Goa, it is necessary to upgrade the basic physical infrastructure. Social sustainability refers to society’s ability to absorb tourist arrivals without adversely affecting local well being and value systems. Environmental sustainability relates to the capacity of the environment to handle population impact without damage.

Mega construction projects have transformed the landscape of Goa. Mega buildings have now progressed from the coastline into the hinterland and they have a negative impact on the lifestyle of the local population. Mega buildings especially in the villages destroy the environment and should not be permitted.

Non-disposal of garbage, particularly inorganic, in a scientific manner is also assuming menacing proportions. This matter should be tackled with a sense of urgency.

There is apprehension in our State regarding the influx of “outsiders”. We call “outsiders” the people from other States who come here mostly for employment. The Department of NRI Affairs published in 2008 the first ever Goa Migration Survey. It identified the Goan Diaspora in 43 countries and stated that “the actual number of countries would be much larger. Goans are found the world over and it would be difficult to name a country without a Goan community”. The United Nations Development Programme (UNDP) released its annual Human Development Report under the caption “Overcoming Barriers: Human Mobility and Development”. The Report deals entirely with migration within and among countries. It finds that migrants boost economic output and, contrary to commonly held beliefs, immigration generally increases employment in host communities, does not crowd out locals from the job market and improves the rate of investment in new businesses and initiatives. The Report recommends that Governments should reflect the benefits and costs of migration on their strategy and plans. Migration from one region to another puts pressure on the existing infrastructure and social services such as housing, electricity, water and sanitation.

Whilst the people of Goa can be justifiably proud of the vast social and economic progress achieved over the last five decades, we do also face several challenges at this point of time. We ought to confront them with confidence and commitment to values that shape a forward moving and progressive society. They should be taught at school and at home so that our land is prosperous and free from oppression of any sort, where justice and fair play do indeed prevail.

Can’t post a cop each for every girl’s safety: Goa Minister