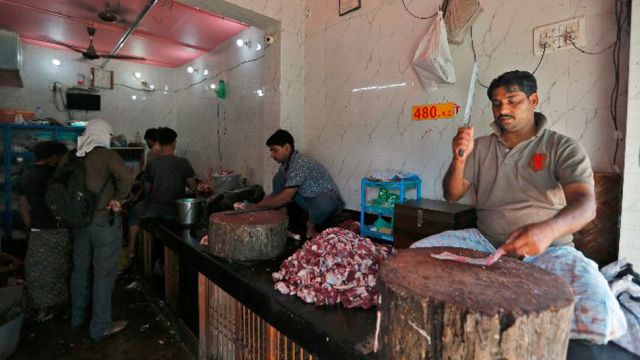 Panaji : Even as beef traders and both ruling and opposition MLAs have alleged shortage of beef in the state, a Goa Minister on Wednesday said that there was no beef shortage reported to the state’s only legal abattoir.

Replying to a question by Opposition leader Chandrakant Kavlekar, on whether there was a beef shortage in Goa during 2017-18, Minister for Animal Husbandry and Veterinary Services Mauvin Godinho, in a written reply said: “There is no shortage of beef reported to Goa Meat Complex Ltd. No animals have been slaughtered at the complex since November 2017.”

On July 27, during the monsoon session of the state legislative assembly, both ruling as well as opposition legislators had expressed concern about beef shortage in the state, blaming the non-functional abattoir as well as targeting of beef consignments brought from Karnataka.

On Tuesday, a delegation of Muslim leaders had also met Factories and Boilers Minister Vijai Sardesai, demanding that the abattoir be made functional before Eid-al-Adha.

Sardesai in turn, had assured them that a provisional permission would be granted from his Ministry to the slaughter house, to ensure that it functions before the Muslim festival.

Earlier in 2018, beef traders in Goa had gone on strike alleging harassment by cow vigilante groups and the non-functional abattoir.

Goa on an average consumes around 20-25 tons of beef every day, according to regional meat traders’ association.