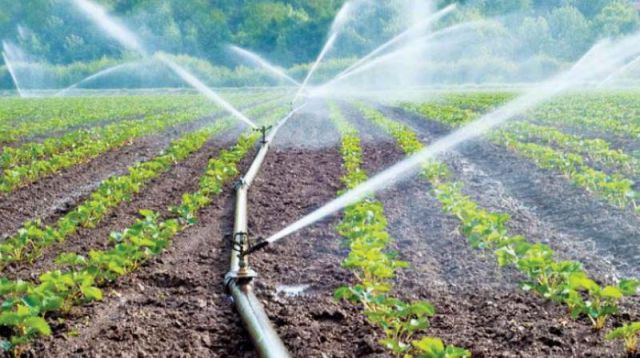 New Delhi : Following release of the Advance Estimate (AEs) of GDP and GVA for the economy for 2017-18, the Ministry of Agriculture and Farmers’ Welfare on Sunday said that the agriculture sector is estimated to register a higher GVA in the next financial year.

As per data released by the Central Statistics Office, the GVA of ‘Agriculture, Forestry and Fishing’ index for 2017-18 was estimated at 2.1 percent, compared to 4.9 percent in the preceding year.

The ministry has had a quick deliberation on the growth rate for the agriculture sector to strategize on ensuring that 2017-18 sees a much higher growth rate, said an official statement.

According to the statement, lower coverage of the area by August 2017 on account of the delayed onset of monsoons caused a poor reflection compared to the actual positive field situation by December, and despite a lower or negative share of crop sector in the GVA computation of Agriculture, based on August 2017 status, the growth rate still worked out to 2.1 per cent.

The ministry also said that it is also important to note that the Advance Estimate for the year 2017-18 comes on the back of a very robust GVA of 4.9 per cent in the previous year.

While coverage under different crops in Kharif as of August 2017 was below that of the previous year on account of delay in onset of monsoons in some parts of the country, good rainfall thereafter helped the ministry in increasing the area coverage in accordance with Kharif targets.

In terms of Rabi, the ministry said it was optimistic about achieving a high growth rate due to improvement in the performance.

“As on January 5, 2018, the area coverage under Rabi is 58.6 million hectares, which is very good progress. Considering that the Rabi sowing continues up to the first week of February, the total area under crops and resultant production will be very good,” it said.

Further, the ministry expects to consolidate the record production achieved during 2016-17, by focusing on higher productivity. The credit made available for the year 2017-18 is as high as Rs 10 lakh crore, compared to Rs 9 lakh crore in 2016-17.

Platform companies: Leveraging the India story in the long run