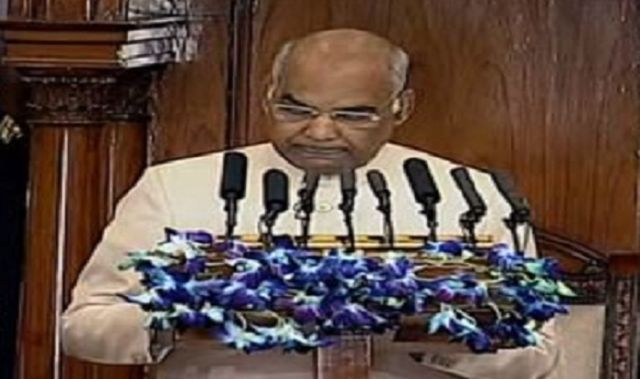 New Delhi : The Central government is following a policy of empowerment and not appeasement towards the minority communities, President Ram Nath Kovind said on Monday.

In his address to a joint sitting of Parliament on the first day of the Budget Session, Kovind said the Narendra Modi government had a policy of “tushtikaran nahi, sashaktikaran” (empowerment not appeasement) towards the minority communities.

He said government programmes like “Seekho aur Kamao”, “Ustad”, “Garib Nawaz Kaushal Vikas” and others are providing employment opportunities to the youth of minority communities like Muslims, Christians, Buddhists, Parsis and Jains.

He also mentioned that for the first time, women above 45 years of age were allowed to go for the Haj pilgrimage without a male escort and added that 1,300 women went for Haj this year without escorts.