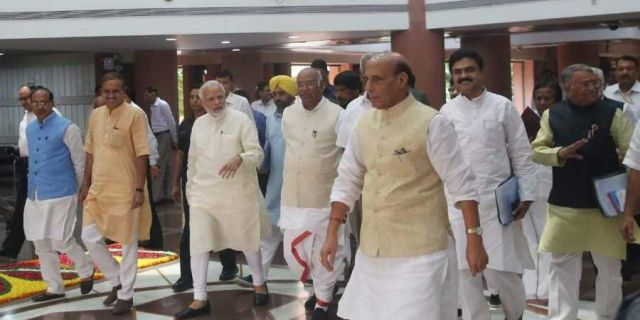 New Delhi : Prime Minister Narendra Modi on Wednesday urged the political parties to utilise the maximum time available during Parliament’s monsoon session and said the government is ready to debate on any issue in the house.

“Welcome everyone to the monsoon session of Parliament. Lots of issues have to be discussed. I expect all the political parties to cooperate and let the session function smoothly,” Modi told reporters in the Parliament complex.

“The government is ready for discussion on all issues,” he said.

He also urged all political parties to set an example for the state assemblies by utilising the time effectively in the monsoon session.

“Many matters of national importance are before us. We hope for good suggestions and discussions from all experienced members. I appeal to all political parties that they use their time in the Parliament effectively,” the Prime Minister said.

He also said during the monsoon season this year, many areas of the country have received surplus rainfall while some parts are yet to get proper rain. Such issues will also be discussed in Parliament.