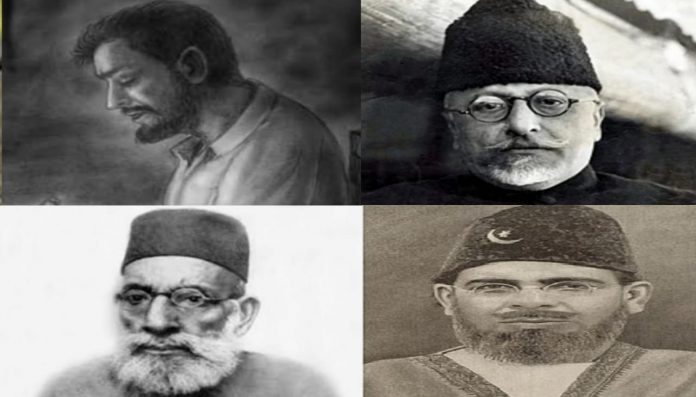 New Delhi:  While India is commemorating 75 years of independence, the federal government has yet to issue an official statement regarding the bicentennial commemoration of Urdu journalism, which played a pivotal role throughout India’s independence movement. A group of journalists, however, has organised a large celebration in the national capital on March 30 under the banner of the ‘Urdu Journalism Bicentenary Celebration Committee.’ The day-long event will be inaugurated by former Vice-President of India Mohammad Hamid Ansari, who will be joined by a slew of notable journalists from across the country.

March 27, 2022 marks the completion of two hundred years of Urdu journalism. Pandit Harihar Dutta published the first Urdu newspaper Jam-i-Jahan-Numa in Kolkata on March 27, 1827, with Pandit Sada Sukh Lal as its editor. This establishes that Urdu was an official language of all Indian people and not identified with a particular religious group during the independence fight. Indeed, this moment should have been of great happiness and pride for all of the Indians but it is unfortunate the federal government ignored it and adopted an ungrateful attitude toward Urdu journalism’s supreme and unprecedented contribution to the country’s independence cause.

“Since its inception, Urdu journalism has been at the forefront of promoting national values and strengthening communal harmony. It also played a revolutionary role during the anti-colonial freedom struggle and immensely contributed to the process of nation-building, said Masoom Moradabadi, Convenor, and the Bicentenary Committee.

Despite our limited resources and lack of official assistance, we planned the bicentennial celebration in a way that would highlight the matchless contributions and sacrifices made by the Urdu press and its journalists for the country’s freedom, he said.

From 1857 to 1947, Urdu newspapers used emotive language and idioms   to arouse public outrage against the foreign rule and to foster unity and harmony in the society. It also played an immense role in promoting Urdu language and its literature.

Contrary to popular communal perception developed by the communal politics after the Independence, Urdu was the sole lingua franca in the Indian sub-continent  and even the religious text of all religious denominations were in Urdu be it Hindus, Sikhs or Jains. Urdu language and its journalism enjoyed national status.  Revolutionary slogans such as ‘Inquilab Zinadabad’ and ‘Azadi hamara Paidaishi haq’ all were from Urdu.

Contrary to the communal perceptions, Urdu newspapers were launched by Hindus and Sikhs. It is also true that the contribution of non-Muslims to Urdu journalism is not less than Muslim journalists, said Moradabadi.

Soon after its birth, Urdu journalism began expressing resistance against foreign occupation.  During the 1857 Revolt, the editor of Delhi Akhbar, Mohammad Moulvi Baqir, courageously railed against the oppressive British colonial  administration and stood with the freedom fighters. To silence rebellious voices, the British administration blew out Moulvi Muhammad Baqir by strapping him to a cannon’s mouth.

However, this barbaric action of the colonial rule did not dampen the Urdu journalists’ spirits, and they continued to play an important role in the country’s freedom struggle.

In order to commemorate the Urdu journalism bicentenary, the day-long function will be held on March 30, 2022, at India Islamic Cultural Centre, New Delhi.

Vijay Kumar Chopra, the editor of Hind Samachar (Jalandhar), will preside over the function. Eminent journalist and poet Hasan Kamal will give the key-note address.

Eminent Urdu journalists, from different parts of the country, are expected to participate in the function.

On this occasion, an exhibition is to be organized to display copies of rare and old Urdu newspapers. A documentary film on the history of Urdu journalism will be shown.

“Death of Urdu” : Most seats lie vacant in Urdu Journalism course at IIMC