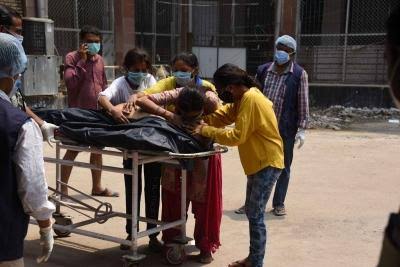 The Delhi High Court observed on Tuesday that the Central government officials are living in ‘ivory towers’ and are not aware of the Covid-19 pandemic situation.

A bench comprising Justices Manmohan and Navin Chawla pulled up the Centre for not being aware of the ground realities related to the ongoing pandemic, which has claimed scores of lives.

The court noted that the government should be more prompt in taking decisions, especially in the collaboration of Panacea Biotec with Russian Direct Investment Fund (RDIF) for the manufacturing of Sputnik V vaccine, which should be treated as an opportunity.

The court emphasised that the government could get millions of vaccines and this is a window for that opportunity. Stressing on the utility of vaccines to fight the pandemic, the court noted that every day the Centre is castigated by the courts, yet it is not awake.

The bench said: “God bless this country. In such matters, instructions are to be taken from the highest authorities, and that too within 30 minutes.”

The observations from the court came during the hearing of a plea by Delhi-based Panacea Biotec, which sought to modify a July 2020 order. The firm by this order had undertaken not to prosecute further the execution proceedings instituted by it in connection with an arbitral award running into crores of rupees, passed in its favour and against the Centre.

In a fresh application, the firm sought the release of the arbitral award citing requirement of funds, as it has already manufactured trial batches of Sputnik V vaccine in collaboration with RDIF and the process of manufacturing scale-up batches is on.

The company, represented by senior advocate Sandeep Sethi, said, “If the awarded amount is not released, the whole process of manufacturing vaccines at the fastest pace may get derailed and delayed which will not be in the larger interest of humanity.”

The bench cited the acute shortage of vaccines in India and emphasised that the collaboration of Panacea Biotec with RDIF gives India an opportunity to ensure that the vaccines manufactured are sold in India.

The Centre’s counsel submitted that the manufacturing of Sputnik V was meant for global supply of RDIF, and it did not benefit the country. The counsel further added that certain misleading statements were made in the plea.

To this, Sethi responded that no manufactured vaccines can be exported without the government’s consent. — IANS