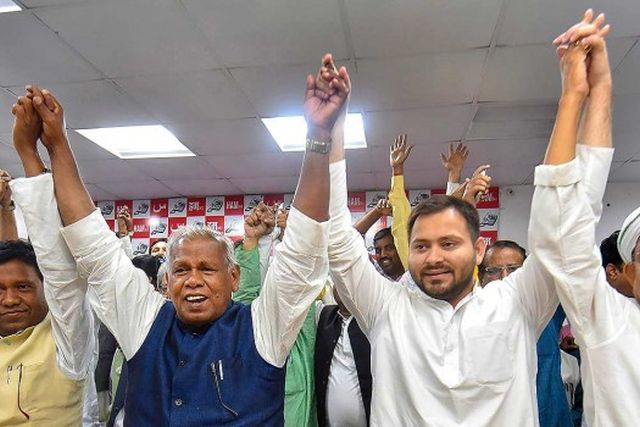 Patna : Former Bihar Chief Minister Rabri Devi on Monday claimed that her party RJD-led Grand Alliance will win by-elections to all the three seats, including one Lok Sabha seat, in the state even in the absence of her husband and party chief Lalu Prasad.

In the by-elections, the contest is directly between the ruling Bharatiya Janata Party (BJP)-led National Democratic Alliance (NDA) and the Grand Alliance — comprising the RJD, Congress and the Hindustani Awam Morcha-Secular (HAM-S).

By-polls to the Jehanabad and Bhabua assembly seats got necessitated following the death of sitting legislators belonging to the RJD and the BJP, respectively.

The RJD has fielded Sarfaraz Alam from the Araria Lok Sabha seat. Alam, who was a sitting lawmaker of the ruling Janata Dal-United (JD-U), last month resigned from the party and the assembly to join the RJD.

A former legislator from Jokihat in Araria district, he is son of RJD MP Mohammad Taslimuddin, whose death last year led to the seat falling vacant.

She said that people are with the Grand Alliance and it would be reflected in the by-election results.

Rabri Devi recalled that it is not first time that the RJD has been contesting elections in the absence of Lalu Prasad. “When I was Chief Minister and Laluji was lodged in jail, we had won five seats in by-elections,” she said.