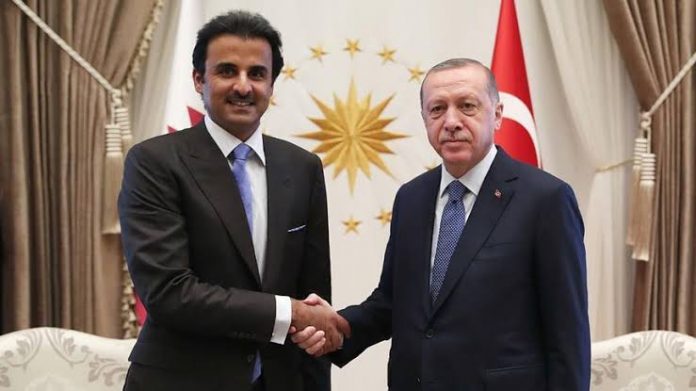 DOHA, Qatar:  The development of trade relations and cooperation between Doha and Ankara will reflect on the stability in the Middle East, Turkey’s ambassador to Qatar said.

On the invitation of Qatar’s Emir Sheikh Tamim bin Hamad Al Thani, Erdogan is paying an official visit to Qatar on Monday to attend the 7th meeting of the Supreme Strategic Committee between the two countries.

Emphasizing that relations between Turkey and Qatar are based on deep-rooted ties of friendship and brotherhood, Goksu emphasized that the ties have developed rapidly in all areas thanks to mutual visits.

“We believe the new agreements to be signed will further strengthen our common ties, especially in the light of new initiatives and reconciliation steps in the region,” the ambassador said.

“Therefore, the bilateral developments between Doha and Ankara will definitely be reflected in the growth, peace, and stability in the Gulf and in the Middle East. Turkey and Qatar are two sister countries that take care of each other in every difficult situation and have strong relations at all levels,” he added.

Goksu said there is close cooperation between the two countries on regional and international issues.

“Within the framework of the Supreme Strategic Committee meetings, a total of 68 agreements and protocols have been signed between the two countries so far,” he said, adding: “Six of them are common political statements made at committee meetings, covering areas such as economy, industry, defense, security, investment, energy, culture, intellectual property, education, and youth.”

Goksu stated that the regular Supreme Strategic Committee meetings between the two countries are held at the highest level, reflecting the strength and extent of bilateral relations.

“Turkey and Qatar, which have close historical and cultural ties, always demonstrate cooperation on international issues. I am sure this exemplary cooperation will grow further in the future.”

“With the trade volume between the two countries reaching nearly $2 billion, bilateral relations have witnessed an unprecedented development,” Goksu said.

Pointing out that Turkey’s main exports to Qatar include electronics, furniture, carpets, construction materials, and jewelry, the envoy said the most important imports from Qatar are unprocessed aluminum, liquefied natural gas (LNG), and plastic products.