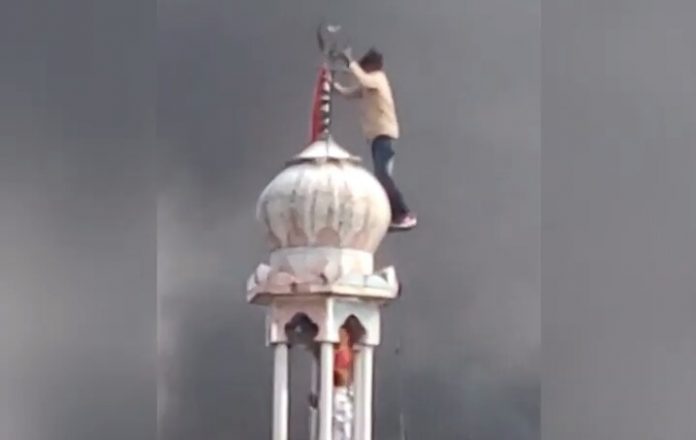 New Delhi, Feb 25 :A mosque  was set on fire and  Hanuman flag was placed on  minaret of the masjid  late on Tuesday afternoon in Ashok Nagar locality  of North East Delhi .

A mob shouting “Jai Shri Ram” and “Hinduon ka Hindustan [An India of Hindus]” paraded around the burning mosque, and a “Hanuman flag” was placed on top of the building, according to the TheWire.

10 people including a policeman have been killed and over 100 injured since violence erupted in Delhi on Sunday.