Home Opinion Gulf between promise and reality: Karni Sena is only one of the...
Facebook
Twitter
WhatsApp
Email
Telegram 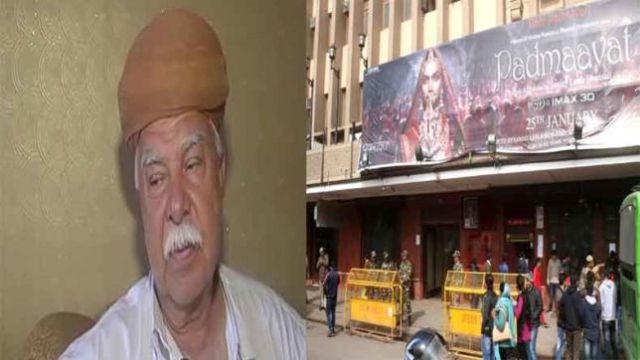 Even as Narendra Modi was waxing eloquent on India as a “humanising and harmonising force” in Davos, none of these laudable attributes was on display in the country as rabid outfits with ideological links with the Prime Minister’s party were vandalising cinema halls and malls and attacking a school bus with children crying inside.

The most virulent of these marauding groups currently is the Karni Sena, which claims to represent the Rajput community, and the reason for its violent onslaughts on convenient targets is its anger about the supposedly distorted portrayal of the 14th century Rajput queen, Padmini or Padmavati, who may well have been a mythical figure, in the Bollywood film “Padmaavat”.

Although another Rajput group as well as professional film critics have rejected this charge and one of the latter has even said that the valour of the Rajputs and the self-immolation of the queen have been excessively glorified, the vandals have not been assuaged.

One reason why they have continued with their rampages is that the governments run by the Bharatiya Janata Party (BJP) in Rajasthan, the traditional home of the Rajputs, and in Haryana, Madhya Pradesh and Gujarat have been reluctant to act against the goons.

The official and political unwillingness to rein in the marauders is explained by their ideological affinity to the BJP, which identifies them as representatives of the community which is a potential vote bank. There have been others of their kind who have also indulged in murder and mayhem with impunity because of their awareness that a BJP government will treat them with kid-gloves.

The Karni Sena, therefore, is not the only Frankenstein reared by the right-wing Hindutva brigade. There are also those who assault and even kill anyone suspected of eating beef or transporting cattle and still escape punishment because of lack of evidence as in the case of the beating to death of Pehlu Khan in Rajasthan although he had a permit for taking cattle through the state in his truck.

Over the period when the BJP has been in power at the Centre and in several states, the boldness of these thugs has grown because of their immunity from any legal action. Nothing showed this defiance of the constitutional order better than the refusal of the Rajput activists to accept the Supreme Court’s clearance of the film, which had earlier been certified for release by the censor board.

The decision of some of the BJP-ruled state governments to appeal to the Supreme Court against the screening of the film (which was summarily rejected) must have also emboldened the brigands for it showed that the rulers sympathised with them just as when the governments had banned the film even before its release.

The vandals must have also been encouraged by the support which they have received from the saffron brotherhood’s formidable army of online warriors who have blamed Muslims for the attack on the school bus. As is known, these Hindutva netizens have a remarkable talent for spreading disinformation.

Despite the judicial negation of the ban, the prohibition is still virtually in force because the theatre owners are too scared to show the film lest their property is destroyed. Evidently, there is little faith in the ability or willingness of the BJP-led governments to maintain law and order.

Given this inability or disinclination, it is not surprising that the Karni Sena has not been called to account by either the Centre or the states for the threats which the organisation has held out against the leading actress in the film, Deepika Padukone, and the director, Sanjay Leela Bhansali, about beheading them and boasting that their graves have already been dug.

Considering that these dire warnings have been issued with great gusto on television, there is obviously scope for legal action. When the government’s opponents have been booked for sedition on charges which haven’t passed muster in the courts, the Sena activists should also have been arrested. Yet, the number of arrests that has been made are few and far between and hasn’t helped in dispelling fear.

It is possible that even these arrests would not have been made but for the presence in India of the 10 ASEAN leaders for the Republic Day celebrations. What impression they will carry back about the arson and depredations being shown on television is not known. But foreign investors cannot but be perturbed about their prospects in India despite the promised cutting of red tape and the rolling out of the red carpet.

What the rampant lawlessness in the BJP-ruled states have revealed is the divide between Modi’s promise of development and the frightening ground reality where institutional authority, like that of the Central Board of Film Certification, is ignored and its chief is told by these anarchists not to attend the Jaipur Literary Festival in Rajasthan, and judicial orders are ignored. Yet, political considerations palpably hinder any serious attempt to bridge the gulf.

(Amulya Ganguli is a political analyst. The views expressed are personal. He can be reached at amulyaganguli@gmail.com )