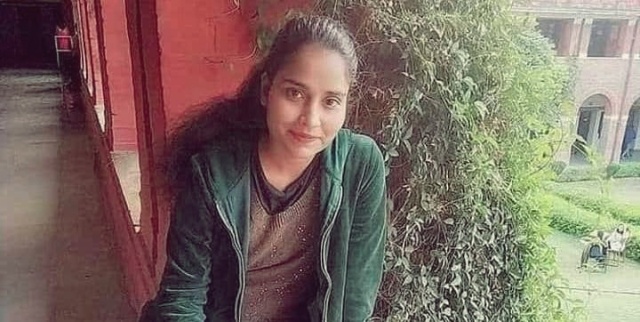 “Ever since I was brought here I have been constantly facing discrimination by the jail staff. They called me educated terrorist and are hurling communal slurs at me,” Fatima said in a Delhi court

New Delhi: Gulfisha Fatima, one of the student activists arrested by the Delhi Police, has alleged that she was being subjected to communal slurs and mental harassment by jail authorities. Fatima, who is incarcerated in New Delhi’s Tihar Jail in connection with the riots that took place in New Delhi in February, made the submission during a virtual hearing by Additional Sessions Judge Amitabh Rawat.

“I have a problem in jail. Ever since I was brought here I have been constantly facing discrimination by the jail staff. They called me educated terrorist and are hurling communal slurs at me. I am facing mental harassment here. If I hurt myself, only jail authorities will be responsible for it,” she alleged.

After Fatima made her submissions directly to the court, the judge asked her lawyer to file an application regarding this. To this, her counsel Mehmood Pracha said he will do the necessary in the case.

Scores of individuals, particularly from the Muslim community, have been put behind bars in relation to the Delhi riots. It is noteworthy that the riots that they have been linked with, have killed more than 50 people, most of whom were Muslims.

Prominent citizens, academics and even retired police officers, have alleged the Delhi Police were targetting students and activists who protested the CAA and NRC, and called into question whether the Delhi Police is carrying out a fair investigation.