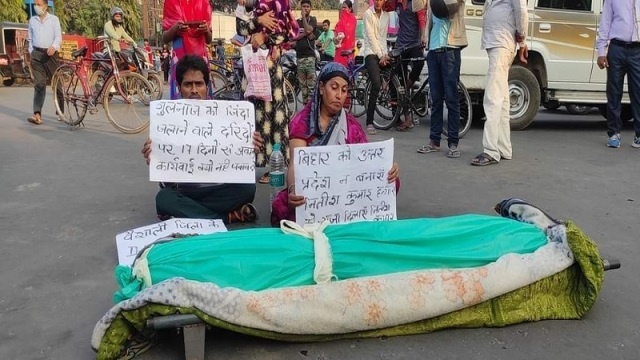 Patna : 20-year-old Gulnaz Khatoon was burnt alive after she resisted attempts of molestation by Satish Kumar Rai in a village – Rasulpur Habib – in Bihar’s Vaishali district on 30 October. She passed away in a hospital in Patna on 15 November.

Her mother Maimoona Khatoon said in several videos, which has gone viral on social media that Satish had given a death threat a day before the incident. She further alleged the role of Satish’s associate Chandan Kumar Rai in the attack.

Gulnaz’s younger sister Gulshan Parveen said that “the accused had been stalking and sexually harassing her sister for the last three-four months and bringing pressure on her to marry Satish Rai. They killed her because she refused”.

“You are a Hindu and I a Muslim. I can neither have an affair with you nor can I marry you,” she had reportedly told Satish.

In a video statement to the police, Gulnaz said, “I was going to throw garbage around 6 pm when Satish Rai, son of Vinay Rai poured kerosene over me and set ablaze me with a match stick”. Her brother, who works in Patna, also said the same thing. 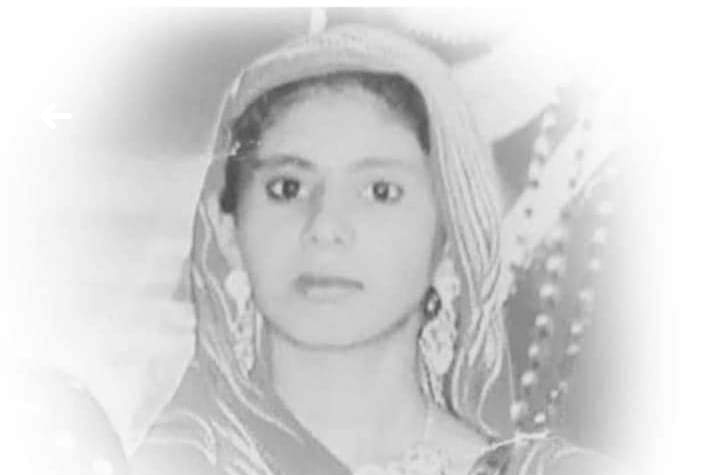 The victim’s family had complained to the parents of accused Satish Rai about the latter stalking the girl. But the family of Satish did nothing in the matter.

Accused not arrested yet

The police have failed to take any action against the accused. “17 days have passed but justice is still awaited. No action was taken on the FIR filed by us,” her mother Maimoona Khatoon said.

Vaishali District Superintendent of Police Dr. Gaurav Mangla said that the accused persons are on the run and three police teams had been formed to nab them. He said that if the accused don’t surrender within the next three days, the police will start proceedings for seizure of their properties.

Family refuses to bury the body

Meanwhile, the victim’s family members have refused to bury the body and they on Monday sat in the middle of the road with the victim’s body on a bier, demanding that the accused be arrested.

#JusticeforGulnaz was also trending on Twitter on the day, with thousands of persons having tweeted, condemning the heinous murder.

The girl met this fate just four months before her scheduled marriage. She was burnt by sprinkling kerosene oil when she was going to throw garbage.

Villagers and her family members rushed to her rescue on hearing the screams of the girl. She was immediately rushed to Samprabhu Hospital in nearby Hajipur where a video statement was taken by the Hajipur police and the case transferred to Desari Police Station in whose jurisdiction the incident had happened. Though Desari Police Station’s SHO Firoz Hussain lodged the FIR on November 2, he did nothing to arrest the accused persons.

She was, however, shifted to PMCH when her condition deteriorated. She expired on November 15 during treatment.