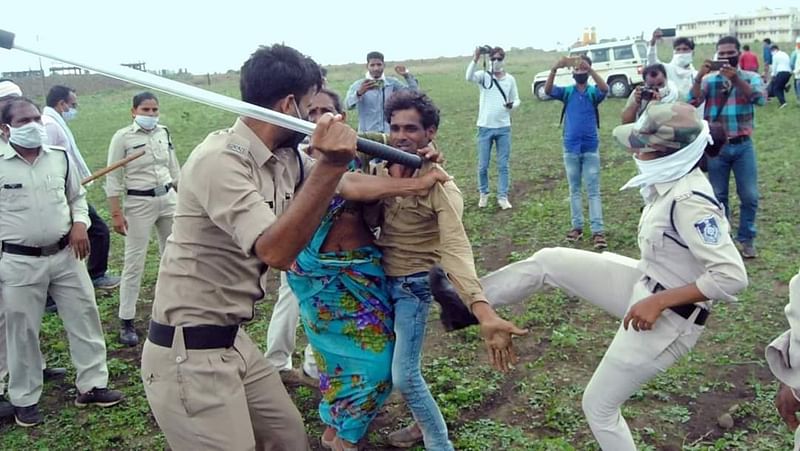 The Madhya Pradesh government has removed Guna District Magistrate S. Vishwanathan and Superintendent of Police Tarun Nayak in the case of a Dalit couple consuming poison after being beaten up by the police personnel who allegedly tried to remove them from a piece of land.

A few days ago, the team which went to remove encroachment on a college land in Cantt police station area of Guna district beat up the Dalit farmer family, after which the farmer couple consumed insecticide. A video of the incident went viral on the social media. In the video, some police personnel could be seen beating a Dalit man and his family members.

He further said, “Even if there is a dispute regarding the land, it can be resolved legally, but in this way taking the law in hand, beating him, his wife, family and innocent children so ruthlessly, where is the justice? Is it because he belongs to a Dalit family, and is a poor farmer?”

Meanwhile, collector Vishwanathan said that the land was reserved for a college building and was illegally occupied by local land mafia Gabbu Pardi who gave it to Rajkumar Ahirwar on a share basis. He said Pardi used the Ahirwar family to encroach upon the land.

He also said the condition of the Dalit couple is stable and they are recovering in the hospital.IANS