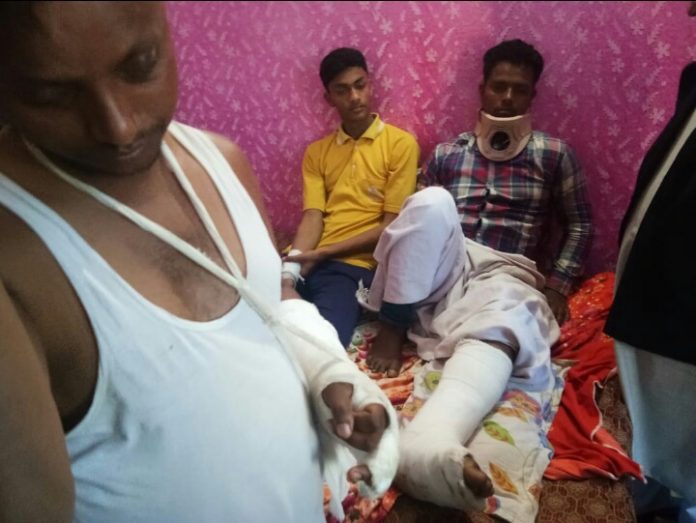 Gurugram (Bhondsi)  : In  a bizzare development, one of the accused men who barged into the home of Mohammad Sajid and assaulted him and his relatives in Gurugram has registered a cross FIR against two members of the family.

Police said the case had been registered by Rajkumar, a resident of Nayagaon, against Abid and Amir. In his complaint, he claimed the incident took place around 4-5 pm, when he was passing through the area.

“Some boys were playing cricket and the ball hit my stomach. When I protested, they started hitting me. Abid hit me on the head with a bat and I fell down. Some other boys came and saved me from them,” he alleged.

Meanwhile the family has decided to leave the city due to ‘immense pressure, fear and threats’.

“We are living under immense fear and trauma since the incident. The families of the alleged youths involved in brutal assault are now putting pressure on us to withdraw the FIR and settle the case, or face consequences,” said Mohammad Akhtar, who was present in the house at the time of attack, on Friday.

Mr Akhtar also alleged that some people of Bhup Singh Nagar and adjoining Bhondsi village were visiting their home threatening them with dire consequences and making lewd comments on the women members, all in the presence of police personnel.
“Local MLA Tej Pal Tanwar also visited our house and ensured action against the culprits, but these are mere verbal assurances,” he said, alleging that the attack on them was pre-planned to provoke the minority community.