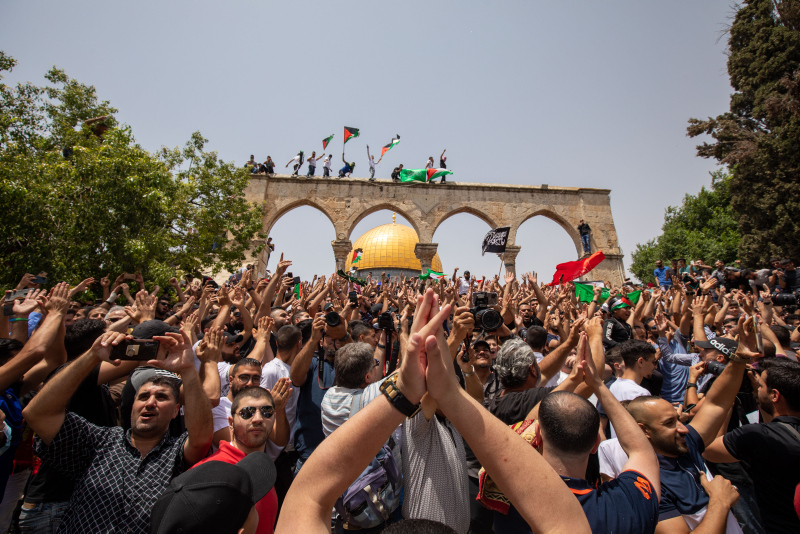 “We call on all to assume their responsibility and pressure the [Israeli] occupation to end its unjust blockade,” Hamas spokesman Fawzi Barhoum said in a statement.

He warned that “quiet and stability will not be realized as long as the Palestinian people don’t have a free and dignified life.

The Hamas spokesman held Israel responsible for the humanitarian crisis in Gaza as a result of the Israeli siege.

“The Palestinian people won’t accept the Israeli policies or any compromise of their national rights,” he said.

Tension escalated in the Gaza Strip in recent weeks as Israel continues to restrict the entry of goods into the Palestinian territory.

Israel says it will not allow the entry of construction materials into Gaza unless Hamas, which rules Gaza since 2007, frees Israeli soldiers held by the group. Hamas, for its part, rejects the Israeli condition and demands a prisoner swap in exchange of the Israeli soldiers.

Home to more than two million people, the Gaza Strip has been reeling under a crippling Israeli siege since 2007, badly affecting livelihood in the seaside enclave.-AA