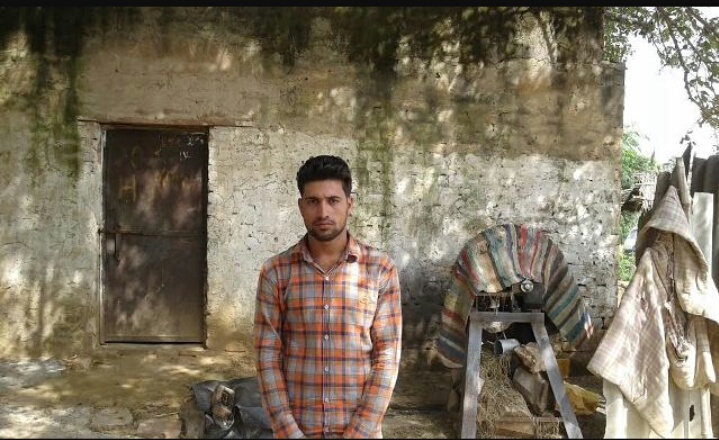 Dinger Heri (Nuh/Haryana), 6 Sep : Ten days have passed since the gruesome murder of a Muslim couple and gang rape of their two relatives, including a 13 years old girl but  there  is no concrete progress in the investigation so far According to the investigative team who has  sought another remand for the arrested alleged culprits. But the villagers and the advocate who is representing the case say a different story.

The shocking incident took place during the night of 24th August when over half a dozen person broke into the house of Ibrahim and his wife Rashidan, brutally assaulted them with iron rods and thick woods then  dragged them around 100 meters  to the nearby one room –house where  Ibrahim’s  sister and her two daughters were living.

There they tied her sister and brother in law  Zafeer with the bed in open sky  and brutally beat them up. Then they raped raped the couple’s  minor daughter (13) and her married cousin (21) who were sleeping in the room.

When the married woman  refused to come out of the room , attackers lifted up her kid (who was sleeping outside) and threatened to cut him into pieces.Then both were gang raped by them.

The one of the victim  say that the culprits were almost one dozen but only four could be recognized.

She had spotted them many times. All of them are from Mohammadpur Ahir village, about 3 km away from Dingerheri.

Local intelligence also revealed that the accused were spotted in the area several times.

Both victim families were living outside the village on one room house as care takers of the farms.

It is one of the most cruel murder and rape case in the history of Haryana but the BJP led govt took action after ten days . On 5th Sep Haryana transport minister Krishan Lal Panwar came to visit the village and talked with the victim families. He has announced an ex gratia of rupees five lack each for the murdered couple and rape victim along with government jobs.

More importantly all the four arrested accused Sandeep, Amarjeet, Karamjeet and Rahul had no criminal records, rather  they were seen collecting donation in name of  ‘cow protection’ by the villagers .

‘The communal angle  cant be ruled out in this case  as  all arrested persons are associated with local  ‘Gau Raksha Samity’ said advocate Ramzan  Chaudhry who is representing the case while talking to MuslimMirror.com.

‘You would not  be able to kill Gau Mata this Bakrid’  while committing the heinous crime  the rapists were repeatedly  saying to the victim, said adv Ramzan citing one of the victims.

The Facebook wall of the alleged killers and rapists also show that they are involved in hate mongering , added Mr Ramzan.

Initially the police did not book the case under 307, 302 or even 96. But these sections were included after a massive protest by the locals.

Meanwhile a team of SDPI (Social Democratic Party of India ) headed by its vice president  adv Sharfuddin Ahmad visited the village and met with victims family  on Monday and assured all kind of support to them.