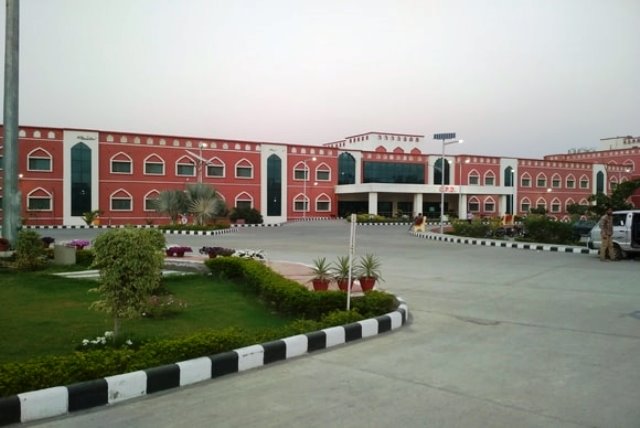 Following intense criticism in the media and the social media, the Aligarh Muslim University (AMU) has agreed to extend the tenure of the two Jawaharlal Nehru Medical College (JNMC) doctors, whose services were allegedly ‘terminated’ for their remarks in connection with the case of alleged gang-rape and death of a Dalit woman in Hathras.

AMU spokesperson Omar Saleem Peerzada said, “On the request of the chief medical officer of the hospital, the university, on Thursday night, has given its nod to the proposal to extend the tenure of the two doctors.”

The order ending the contract of the two doctors — Dr Mohd Azeemudin and Dr Obaid Imtiaz — was issued by Chief medical officer SA Zaidi on Tuesday, a day after the CBI team probing the gang-rape and death case visited the hospital.

The AMU authorities have denied the allegations of termination as ‘highly speculative’ and said the two doctors were engaged ‘on a temporary one-month vacancy from September 9’.

The Resident Doctors Association (RDA) had also written a letter to the AMU Vice Chancellor and urged him to take immediate steps to withdraw the termination order.

The letter signed by RDA president Mohammad Hamza Malik and general secretary Mohammad Kaashif stated that the action against the two doctors smacked of ‘vendetta politics’ and was aimed at muzzling the right to freedom of expression.

The two doctors had told reporters that ‘they were quite taken aback by this step because they had not been given a chance to present their view to the authorities’.

In response to a query by media persons, they had hinted that action could be a result of their giving an opinion on the Hathras case.

The 19-year-old woman, who was assaulted and allegedly raped by four men, was under treatment at the hospital before being referred to Delhi. She died at a Delhi hospital later.

The comments of one of the doctors contradicted the Uttar Pradesh police’s stand that the FSL report in the case found no traces of sperm, indicating that there was no rape. The doctor had reportedly claimed the FSL report had no evidentiary value as samples were collected 11 days after the crime.

Meanwhile, President of the Progressive Medicos and Scientific Forum (PMSF ) Dr Harjit Singh Bhatti had also written to the AMU Vice Chancellor, demanding the ‘revocation of the termination order of two the medical officers’.

The letter, which was sent by mail on Thursday, states that it appears that the two doctors have ‘paid the price for providing factually correct and scientifically sound information pertaining to the samples of the Hathras rape victim’.