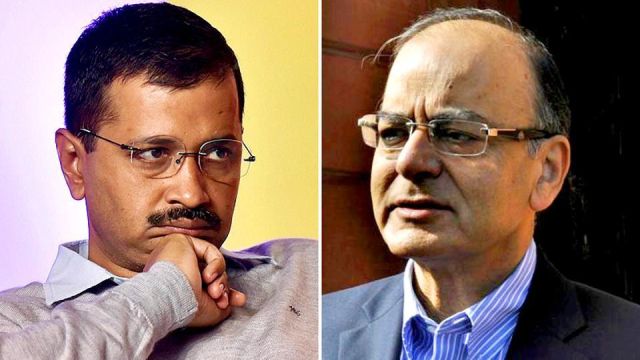 A city court also allowed their application to close another criminal defamation case.

The application was moved in the high court after Kejriwal apologised to Jaitley and his family members for accusing the Minister of corruption during his 13-year stint at the Delhi and District Cricket Association (DDCA).

Justice Rajiv Sahai Endlaw allowed the joint application of Jaitley, Kejriwal and four other AAP leaders observing that they have settled the issues among them.

However, Jaitley’s counsel told the court that the sixth accused “Kumar Vishwas had not tendered any apology till now and he will pursue the matter against him”.

The court said it will continue hearing the matter against Vishwas and listed it for April 26 for further hearing.

In his letter, Kejriwal said his allegations were based on information and papers furnished by certain individuals who represented to have first-hand insight into the DDCA’s affairs but had “recently discovered that the information and the imputations contained therein are unfounded and unwarranted and I was clearly misinformed into making these allegations”.

Jaitley had asked for Rs 10 crore in damages.

The BJP leader had filed a second civil defamation case last year after Kejriwal’s then lawyer Ram Jethmalani used a slur while cross-examining him and said the term had been authorised by his client.

Kejriwal said he did not approve of Jethmalani’s “disparaging and malicious” remarks against Jaitley.

Earlier on Tuesday, another bench of Justice Manmohan allowed the application filed by Jaitley and Kejriwal. Both of them said the issues has been settled among them.

The joint application read: “Kejriwal and others have individually tendered an unqualified apology to the plaintiff (Jaitley).

“Each of the defendants (AAP leaders) have unequivocally withdrawn all the allegations made by him in print, electronic or social media against the complainant (Jaitley) and his family members.

“The complainant (Jaitley) has accepted the apology.”