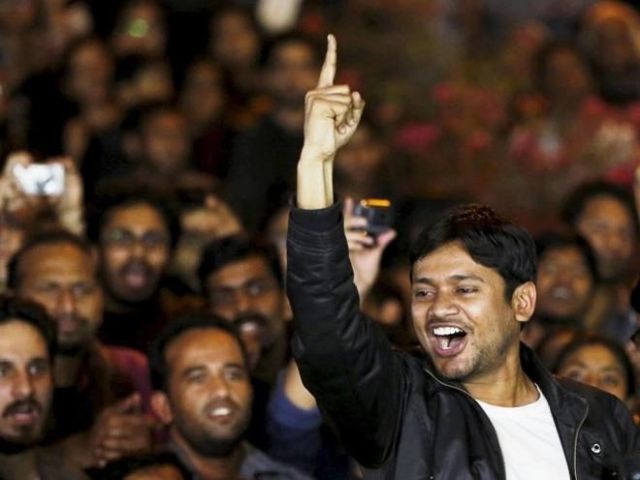 The former Jawaharlal Nehru University Students Union leader was held guilty of violating the disciplinary norms and asked to pay the fine by the university in connection with a 2016 incident on the campus wherein anti-India slogans were raised.

Justice Siddharth Mridul observed that although the order imposes a fine, the action constitutes disciplinary action entailing serious civil consequences for the petitioner.

“Therefore, on a prima facie view, the office order of July 4 is unsustainable on innumerable counts,” the court said.

“At this stage, the JNU counsel wants to recall the office order, with the liberty to comply with directions of this court passed in earlier round of proceedings between the parties, in accordance with law, culminating in a reasoned order.”

“In view of JNU counsel’s statement, the office order is set aside. The matter is now remanded to the appellate authority for a de novo conduct of proceedings,” the court said.

Kanhaiya Kumar’s counsel Rebecca John told the court that he neither did organise the said event nor shout any objectionable slogans.

She sought the quashing of the JNU order that held Kumar guilty under Clause 3 of Rules of Discipline and Proper Conduct of Students of JNU.

Clause 3 deals with any act which may be considered by the Vice Chancellor or any other competent authority to be an act of violation of discipline and conduct.

The order was issued based on a report by a high-level enquiry committee set up on February 11, 2016.

Kumar said in his plea that there were serious lapses in observing the principles of natural justice and there was violation of the Delhi High Court directions on October 12, 2017.

The former JNUSU leader said that no written notice was given to him and he was not allowed to crossexamine two witnesses who deposed against him.

An enquiry found student-activist Umar Khalid, along with Kumar and Anirban Bhattacharya, guilty and recommended rustication of Khalid, apart from imposing financial penalty on 13 other students for violation of disciplinary norms.

However, the court did not pass any order on Khalid and Bhattacharya’s plea, but directed the JNU not to take any coercive steps against them till further orders.

The three were accused — though none yet charge-sheeted — of raising slogans against the integrity of India during a poetry-reading gathering of students at the Sabarmati Dhaba on the campus on February 9, 2016.