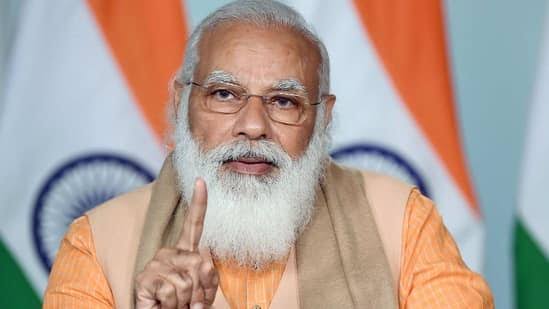 Paying tributes to martyrs of Jallianwala Bagh massacre, Prime Minister Narendra Modi on Tuesday said that their sacrifice and heroism give strength to every Indian.

“Tributes to those martyred in the Jallianwala Bagh massacre. Their courage, heroism and sacrifice give strength to every Indian,” said the Prime Minister in a tweet.

Modi’s remarks came as the Jallianwala Bagh massacre, in which several hundreds of people were killed on this day in 1919 as a result of indiscriminate firing by the colonial forces, completed 102 years on Tuesday.

The Britishers had banned gatherings at the time and to punish civilians for their ‘disobedience’, Brigadier-General Reginald Dyer ordered the army to fire into a crowd of thousands of unarmed Indians who had come together to celebrate the festival of Baisakhi, unaware of the order.

The colonial troops entered Jallianwala Bagh in Punjab’s Amritsar and blocked the main entrance behind them to ensure nobody could flee before opening fire on the crowd for about 10 minutes. Many jumped into a well in a desperate attempt to save themselves as the soldiers showered bullets at them-IANS