KABUL:  The Hezb-e-Islami party will support the new government that will be formed by the Taliban even if it does not take part in the administration, its leader said Tuesday.

“We do not have any conditions to participate in the government other than the assignment of competent persons,” said veteran Afghan mujahideen leader Gulbuddin Hekmatyar.

Stating that they do not have absolute goals of taking part in the government, Hekmatyar ​​​​​​​ said: We are not very willing to be a partner in the new government. [But] we support the Taliban in whatever way they form a government, unconditionally.”

He argued that they do not believe in the benefit of coalition governments because they have always failed, adding, “We are brothers with the Taliban, and there is a consensus between us.”

Strong ties between Turkey and Afghanistan

Hekmatyar noted that Turkey is one of Afghanistan’s best friends, adding it has always stood by the Afghan people and supported them in every field.

Asked whether there is a Pashtun nationalist agenda in Afghanistan, he said “nationalism and discrimination have no place in Islam” and “nationalism will not find a place” in the new government.

He said if the world does not allow the establishment of a new administration in Afghanistan and tries to bring an administration close to them, this may lead to war.

“We now want the will of the Afghans to be respected,” he said, suggesting that many countries would recognize this if a government that complies with the wishes of Afghans is formed. 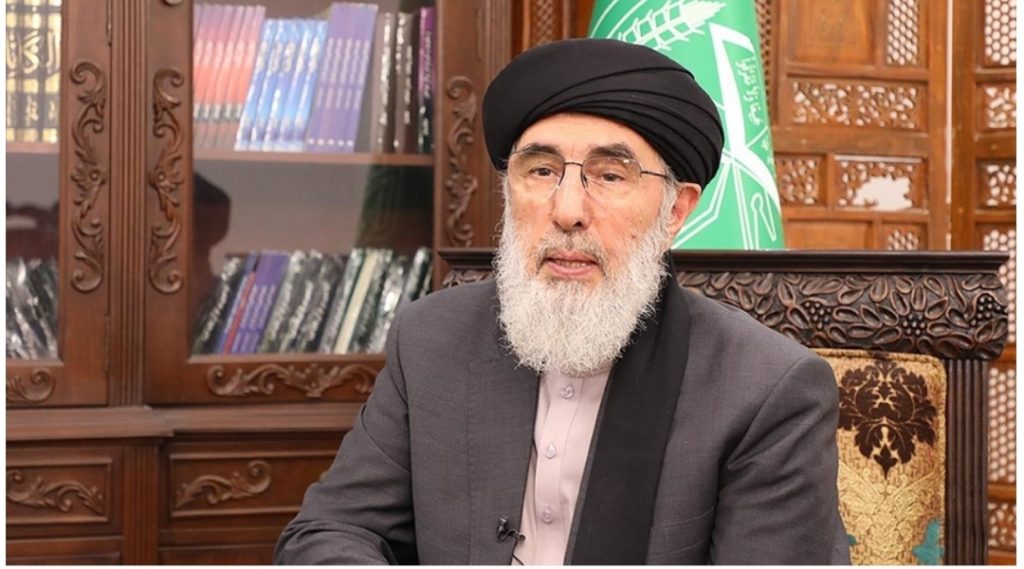 Asked how dangerous the Daesh/ISIS terrorist group is for Afghanistan, he said it does not pose a threat anymore.

“There was also false propaganda about al-Qaeda and other foreign fighters in Afghanistan. Their numbers were very few in the past and even less today. It is impossible to consider them as a threat at all.”

Hekmatyar founded the Hezb-e-Islami party in 1977 and stood out as one of the figures that resisted the Soviet Union’s invasion of Afghanistan.

He carried out resistance activities against the US military, which occupied Afghanistan after the 9/11 terrorist attacks in the US and was among those who the US government sought.

The leader returned to Kabul in May 2017 with a law enacted by the administration for internal reconciliation in Afghanistan. He was removed from the UN sanctions list in February that year.-AA