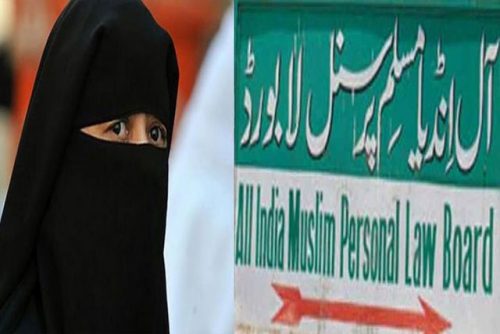 The cleric told reporters that the board will be holding an online meeting soon to discuss the way forward on the issue apart from tabling the matter in an offline meeting to be held at the end of March.

AIMPLB has previously expressed intent to move SC in the matter.

Rahmani called Tuesday’s order a ‘discriminatory one towards Muslims’, making comparisons with certain governments altering aviation laws to appease a community and governments allowing some groups and communities to use their religious symbols.

He also refuted the claim that hijab is not essential to Islam and said banning it is intrusion in constitutional rights of Muslim citizens.

“Islam and Shariat have made certain things farz (duty) and wajib (obligatory) on Muslims and it is lazim (pre-requisite) that they be followed. Hijab is one such obligation which is a pre-requisite. If certain Muslims in their ignorance and laziness do not perform namaz or roza, they cannot be eliminated from Islam but they do commit a sin. Similarly, if certain Muslims don’t follow the hijab, it does not make the act non-essential to Islam,” he explained.

He further said: “It is the constitutional right of every individual to wear what he deems fit. There are religions which use religious symbols and certain governments go all out to bear expenses and alerting aviation laws for their display.”

In that context, the order is discriminatory. “Schools have the right to decide upon a uniform but it has come to our notice that the case that went in court was not related to schools but was for colleges, where the coercion of uniforms cannot be made,” he stated.

Meanwhile, Islamic seminary Darul Uloom Deoband has also said that it ‘disagreed’ with the decision of the Karnataka High Court regarding the hijab ban in educational institutions.

It urged Muslim societies and NGOs to approach the Supreme Court to challenge the verdict.

Maulana Mufti Abul Qasim Nomani, the vice-chancellor of Darul Uloom Deoband, said: “Not just Muslims but all religions have freedom in India. In a democratic setup, no government or government-recognised organisation should make any law that is against the spirit of the Constitution. No such code of conduct should be enforced that is against any religion.”– IANS