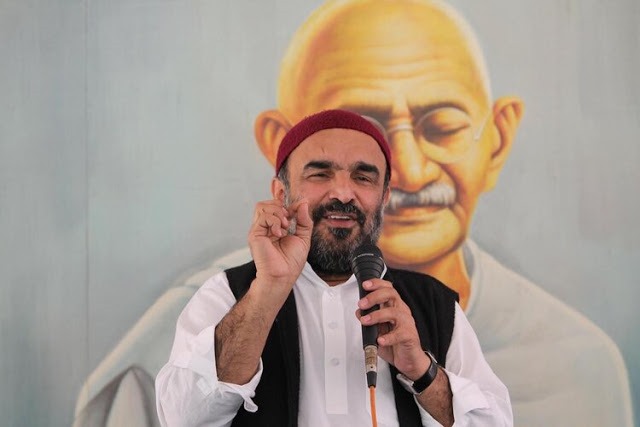 New Delhi: Hindu Voices for Peace, a non-governmental organisation, has demanded the release of Gandhian activist and national convenor of Khudai Khidmatgar organisation, Faisal Khan, who was arrested by Uttar Pradesh Police from New Delhi on 2 November for offering ‘Namaz’ along with his colleague Chand Mohammad at the Nand Baba temple in Uttar Pradesh’s Mathura city.

Demanding their release, the Hindu Voices for Peace said, “Khan has been working tirelessly over years for the cause of inter-religion peace and harmony… they humbly prayed to Sri Krishna who taught that God is the same to all beings – Srimad Bhagavadgita (9:29) “samoham sarvabhuteshu”.

Khan, convener Khudai Khidmatgar, was sent to 14-day judicial custody by a Mathura court. As he had tested positive for Covid-19, he was sent to institutional quarantine, Clarion India reported.

The Fist Information Report, which was registered on November 1 with the Barsana police station in Mathura, maintained that the Namaz was offered with priests’ permission in the temple. However, Khudai Khidmatgar said that Khan and his colleague were offered by people in the temple to offer the prayers in the temple. The organisation’s spokesperson Pawan Yadav said that the priests may be denying issuance of permission probably due to some “pressure.

The Hindu Voices for Peace, in a statement, said, “We cannot emphasise enough that Faisal Khan performed namaz in the temple only after the Nand Baba temple priest invited him to do so. We, therefore, believe that the charges of promoting enmity and defiling a place of worship against Faisal Khan are wholly misplaced.”

The group has stated that they while they seek the release of Khan and his associates, they are also “earnestly requesting the government to release from custody, the Hindu men who were arrested for reciting Hindu scriptures at a mosque,” as they believe that “such an action will contribute immensely to shared values of peace and compassion which are at the heart of all religious traditions, and thereby promote communal harmony in the interest of our nation.” The group maintained that the Hindu men had “reportedly” recited Hanuman Chalisa with permission of the Muslim cleric of the mosque.

The letter has been signed by eminent citizens including monks such as Brahmachaari Aatmabodhanand of the  Matri Sadan Ashram, Haridwar, historian J Devika,