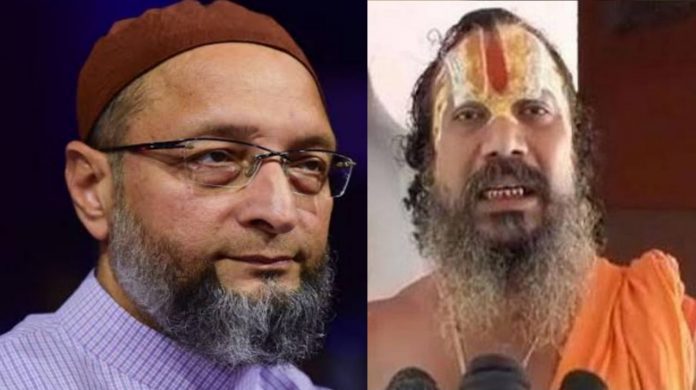 Hindu preist Pram Hans Das burnt a poster of AIMIM chief Asaduddin Owaisi in protest against the killing of Udaipur’s tailor. He said that he will burn Owaisi alive one day.

According to an AAJ Tak report, he participated in a protest held in Sirauli area of Uttar Pradesh’s Barabanki district. In his speech he attacked Owaisi, Rahul Gandhi and Priyanka Gandhi as well. He called Owaisin an “anti-naitonal”.

After burning of the poster, the police detained him and left him outside the Barabanki district.

Tailor Kanhaiya Lal was killed on Tuesday by two men after he reportedly expressed his support on social media for Nupur Sharma, the former BJP spokesperson who has been in the limelight for her insulting remarks on Prophet Muhammad.