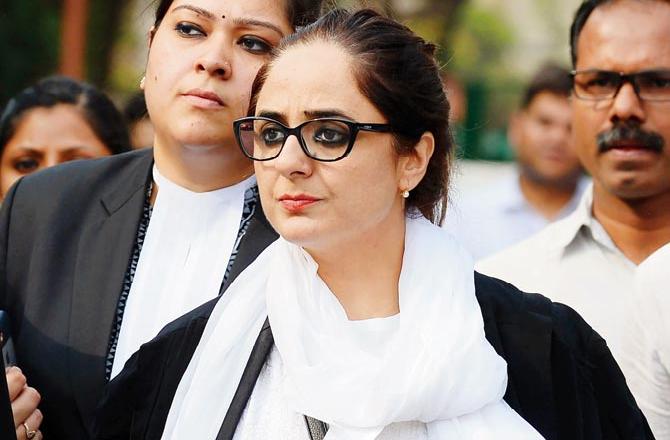 Jammu: Police on Wednesday had to intervene to clear a small mob outside the residence of lawyer Deepika Singh Rajawat who had posted a comment on the social media.

Rajawat at one point was associated with the Kathua rape and murder case. She was the victim’s family counsel for sometime.

The police action came earlier after receiving a call from Rajawat who said she was feeling insecure after a slogan shouting mob gathered outside her home.

On 19 October – the first day of Navratri festival – Rajawat had posted a cartoon showing a man touching the feet of the deity during Navratri and the same man holding both the legs of a woman during the rest of the days.

Right-wing activists alleged that the tweet hurt the religious sentiments of the Hindu community.

Rajawat represented the parents of the 8-year-old girl who was raped and murdered in Rasana village of Hiranagar tehsil in Kathua district in January 2018.

The accused were subsequently chargesheeted by police and convicted by the district and sessions judge court in Pathankot (Punjab) where the case was transferred due its religious and political overtone.

It is pertinent to note that Hindu right-wing group, Hindu Ekta Manch had organised a rally in support of the accused in 2018 in Jammu’s Kathua district, which was attended by two BJP ministers,  Lal Singh and Chander Prakash Ganga.

Anti-cow slaughter bill: BJP forced to take a step back due to lack of numbers in Upper House