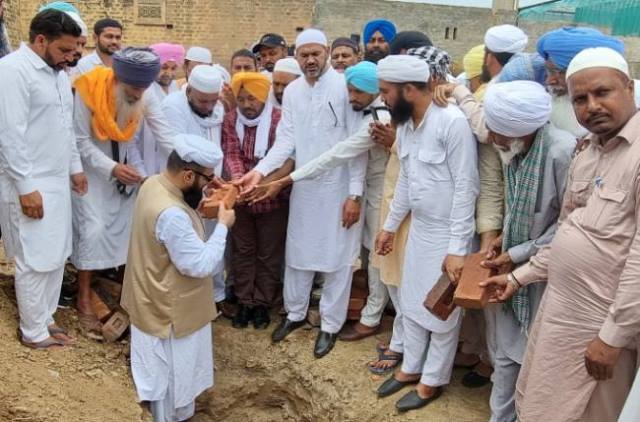 New Delhi: People of Bhaloor village in Punjab’s Moga district has set a new example of religious harmony as they have come together to build a mosque. People from Hindu, Sikh and Muslim communities have united to build the first mosque in the village.

The village had seven temples, two gurudwaras but no mosques. There are four Muslim families in the village and they are now being assisted by people from others faiths to build a mosque.

“There was a mosque before Partition in 1947 but its structure turned to ruins with time. We have four Muslim families in the village that chose to stay back. However, all of us wanted that Muslim families too have their place of worship, so it was decided that the mosque will rebuilt on the land where it existed earlier,” Sarpanch Pala Singh said while speaking to The Indian Express.

Villagers have even donated for the construction of the mosque. “From Rs 100 to Rs 1 lakh, people from every community gave as much they could.Waqf Board members are also contributing,” he said.

The foundation laying ceremony of the mosque was held on Sunday and it was attended by Hindus, Muslims and Sikhs as well. They held the program at the gurudwara as it was raining on the day.

Jalebis were distributed and ardas (prayers) was held for successful completion of the project.

The sarpanch said that in the past 70 years, the villagers never let anyone feel left out. “They are very happy that a mosque will be our tenth place of worship,” he added.