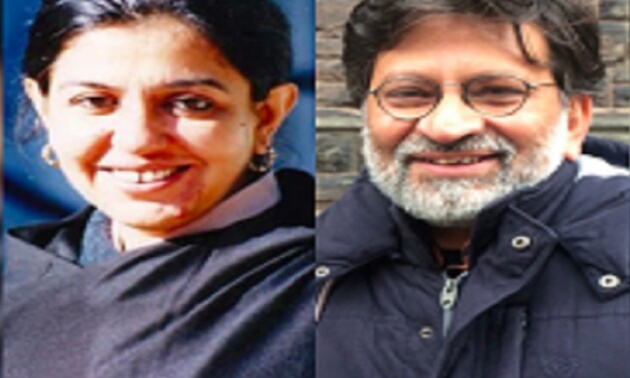 NEW DELHI — Documentary filmmakers Rahul Roy and Saba Dewan were summoned by the Delhi Police’s special cell on Monday in connection with the North-East Delhi riots.

The Delhi Police claim to have found their links with some students’ outfit, and with a WhatsApp group called the ‘Delhi Protests Support Group (DPSG)’. This happened hours after Delhi Police formally arrested former JNU student and activist Umar Khalid in connection with the Delhi riots.

Rahul Roy and Saba reached the office of the Special cell at Lodhi Colony at 2 p.m. on Monday to join the investigation.

Sources said 15-20 members of the WhatsApp group have been questioned so far — most recently, Delhi University Professor Apoorvanand, whose phone was also seized.

Earlier, the special cell of Delhi police had arrested former JNU student Umar Khalid under the Unlawful Activities (Prevention) Act in connection with the North-East Delhi riots that broke out in February this year.

So far, Delhi Police have arrested 1,575 persons in the 751 cases filed in the North-East Delhi riots. Over 250 charge-sheets have been filed in the riots related cases in which 1,153 accused have been charge-sheeted. All these cases are pending before the Special Courts constituted for the trial. IANS