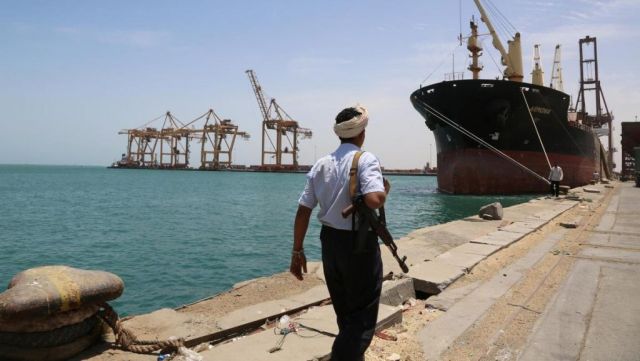 New Delhi : The Houthis, the Shia majority armed group allegedly allied to Iran, is using a key port in war-torn Yemen to import arms instead of allowing in aid material, UAE Ambassador to India Ahmed Albanna has said.

“The Houthis now are actually using the port of Hudaydah to import weapons and arms,” Albanna told IANS here.

“Also they are confiscating all the international aid — goods that are sent to Yemen to help the Yemeni people.”

The port of Hudaydah is Yemen’s main lifeline for the import of humanitarian aid.

The United Arab Emirates (UAE) is part of the Saudi-Arabia led coalition that launched a military intervention in 2015 to influence the outcome of the Yemeni civil war in favour of the internationally-recognised government of President Abdrabbuh Mansur Hadi.

The Houthis seized power in Yemen’s capital Sana’a and eastern regions of the country in 2014-15, forcing the Hadi government into exile, from where it requested armed support from its Sunni neighbour Saudi Arabia.

The ensuing civil war plunged the nation into a humanitarian crisis. According to the UN, which has limited access to Yemen, hundreds of thousands of people have fled fighting and as many as eight million people were on the brink of starvation.

Albanna said that the UAE and the Arab coalition will strongly support the work of UN Special Envoy to Yemen Martin Griffiths.

“We continue to support a political solution in Hudaydah,” he stated, describing the Houthis as a minority party that is occupying the city and port of Hudaydah

“They consist of very small percentage of the Yemeni people,” he stated. “This military occupation violates international and humanitarian law.”

According to the Ambassador, the Houthis are positioning themselves in hospitals, schools and municipal buildings and are using human shields to protect their own interests.

“So, the Arab coalition will ensure that there is a halt to those illegal activities,” he said.

“We are very much for the implementation of the UN Resolution 2216.”

Adopted in 2015, the UN Resolution calls on all parties in the embattled country, in particular the Houthis, to immediately and unconditionally end violence and refrain from further unilateral actions that threaten the political transition.

Albanna said that the Arab coalition is working to free the port of Hudaydah so that ships can unload humanitarian aid, medicines, food and other supplies for the needy people in Yemen.

“We, the Arab coalition and the United Arab Emirates, work very closely with the UN organisations, UN agencies such as the WFP (World Food Programme) and the Unicef to make sure that food, shelter, medicine reach the needy people in Yemen,” he said.

“The action that was taken by the Arab coalition in the city of Hudaydah and specifically in the port of Hudaydah I think eventually it will put the pressure on the Houthis to come back to the table of negotiations.”

Albanna said that the Arab coalition’s action will force the Houthis to work out a political solution with the legal government of Hadi that has been elected by the people of Yemen.

Stating that the Arab coalition was interested in bringing back peace in Yemen, he said: “We are interested in restoring the official government in Yemen that has been elected and has been agreed upon by all parties. So, therefore, our actions lately, particularly in the city and port of Hudaydah, eventually will sort out and somehow will ensure that the Houthis abide by international laws and rules.”

(Aroonim Bhuyan can be contacted at aroonim.b@ians.in)