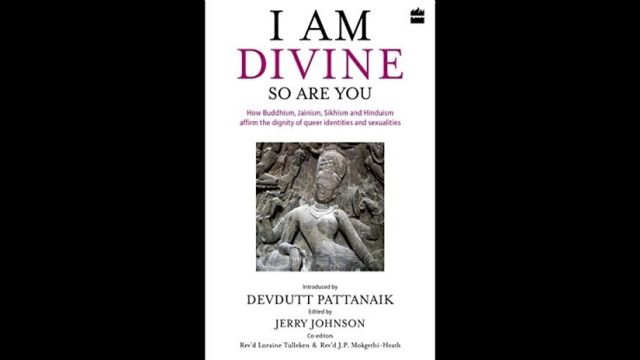 The key to understanding Karmic faiths is to look at stories, for it is through stories that the common folk understood their faith.

In Hinduism, we find many stories where God transforms into Goddess, indicating gender fluidity, as also men turning into women and women into men. This reveals a greater comfort with transgender identities. Although there are images of male-male and female-female friendship, one is never sure if this love is platonic, romantic or sexual, leaving them open to interpretations.

Also, many queer themes in stories are metaphors used to communicate complex metaphysical ideas in narrative form. Hinduism reveals a greater comfort with transgender stories. For example, there are stories that describe Lord Vishnu becoming a damsel and Lord Shiva becoming half a woman. However, homosexuality is not a dominant theme in Hindu mythologies.

In contrast, Greek mythologies are replete with stories of homosexual love, where men love men, and women love women. Apollo falls in love with Hyacinthus, while his sister Artemis drives Callisto away when she lets a man make her pregnant. There are also many descriptions of man-boy love found in Greek tales. So while Greek mythology reveals a comfort with queer sexuality (invisible feelings), Hindu mythology reveals a comfort with queer gender (visible body).

Significantly, no Hindu, Buddhist or Jain scripture has tales like that of Sodom and Gomorrah from the Abrahamic tradition, popularly interpreted as being about divine punishment against queer behaviour.

In hermit traditions of the Karmic faiths, sensuality is seen as causing bondage to the sea of materiality and entrapping man in the endless cycle of rebirths. Sex is seen as polluting andonly the celibate man (sanyasi) and the chaste woman (sati) are considered pure and holy. And so an identity based on sexuality draws much criticism. That is why in Vinaya Pitaka, the code of conduct for Buddhist monks, it is explicitly stated that the queer pandaka should not be ordained.

Rules extend to women who dress like men, or do not behave like women, which we can take to mean lesbians. Jain rejection of homosexuality also stems from its preference for the monastic lifestyle. Anti-queer comments on homosexual behaviour in the Manusmriti are more concerned with caste pollution than the sexual act itself. People involved in non-vaginal (ayoni) sex are told to perform purification rites, such as bathing with clothes on or fasting. More severe purification is recommended for heterosexual adultery and rape.

Karmic faiths believe that the living owe their life to their ancestors and so have to repay this debt (pitr-rina) by marrying and producing children. This is a key rite of passage (sanskara). This is a major reason for opposing same-sex relationships, which are seen as essentially sterile and non-procreative. Sikhism states nothing against queer genders or sexuality but values marriage and the householder’s life.

(Devdutt Pattanaik is among India’s leading authors on mythology with over 30 books in print. Extracted from “I am Divine So Are You: How Buddhism, Jainism, Sikhism and Hinduism Affirm the Dignity of Queer Identities and Sexualities”, introduced by the author and edited by Jerry Johnson. With permission from HarperCollins India)