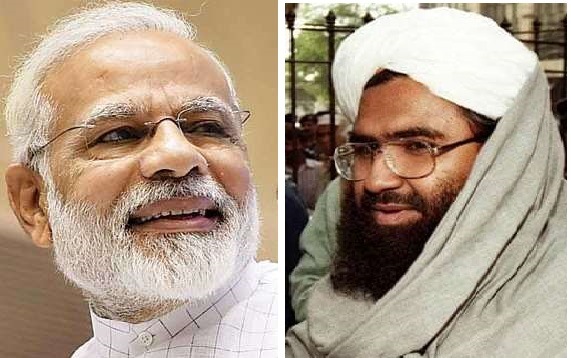 Though the Pakistan’s Prime Minister, Imran Khan, has released Indian pilot Wing Commander Abhinandan as a “peace gesture” to India, unfortunately there is no de-escalation in tension between India and Pakistan.

Two Pakistan Army soldiers and some innocent people lost their lives on the Line of Control just a day after Abhinandan’s release.

Many countries are trying for mediation between the two neighbors including US, Saudi Arabia and UAE. Now Russia has also offered its services as a mediator. Pakistan has accepted the Russian offer but India remains silent.

Some defence experts expressed the apprehensions that the tensions between two nuclear powers may spark Third World War in South Asia over Kashmir.

According to American expert George Friedman, Third World War may start between US, Poland, India and China on one side and Turkey, Japan, Germany and France on the other side. What does it mean? If China will be on US side in 2050 then Pakistan will stand by China. In that case both India and Pakistan will be on the same side. This scenario is difficult to believe today but this is what George Friedman wrote in his famous book “The Next 100 Years” in 2009.

The famous American geopolitical forecaster and strategist George Friedman had also written another book in 2011 titled “The Next Decade”.

He expressed the fear that Jihadist forces in Pakistan and Afghanistan will probably reemerge but there is a slight chance that Pakistani military will suppress the terrorists with the US support. And finally he predicted that “Afghan war will be resolved much as Vietnam was, through a negotiated peace agreement that allows the insurgent forces- in this case the Taliban- to take control. He also said “The Pakistani State will survive. Which will balance India, thus allowing United States to focus on other balance points within the regions.”

The predictions of George Friedman about Afghanistan are coming true in 2019. The US and Afghan Taliban started negotiations with each other in January and Pakistan is playing the role of a facilitator in Afghan peace process. Recently a British member of the parliament Lord Qurban Hussain told me in London that the road to peace in Afghanistan goes through Kashmir. I asked him how? Lord Qurban Hussain said both India and Pakistan are fighting a proxy war in Afghanistan. Pakistan is supporting the Taliban and India is supporting President Ashraf Ghani.

This proxy war in Afghanistan may not end until unless there is a solution of Kashmir dispute. The tensions between India and Pakistan are now more than a proxy war. It is becoming a direct conflict between the two nuclear powers. India attacked Jabba Mountains near Balakot in KPK province of Pakistan on February 26 and Pakistan shot down two Indian fighter jets near Bhimber close to the Line of Control within 48 hours.

India claimed its air force targeted a training camp of Jaish-e-Muhammad in Jabba and hundreds of terrorists were killed there. I visited the bombing site in Jabba myself very next morning of the attack. I didn’t find any destroyed structure or bodies there. There was only one injured person in that area. His name was Nooran Shah. The 62-year-old, Nooran Shah, showed me a dead crow and said “this is the only casualty”. There was no training camp in that area. Yes, there was a religious school (madrassah) one kilometer away from the bombing site but all the students in that madrassah were children less than 14-year-old. This madrassah is intact. Not a single injured person was taken to the nearby hospitals. Now many Indian newspapers are saying the same. India failed to prove that IAF targeted a terror training camp.

Prime Minister Imran Khan tried to contact his Indian counterpart Narendra Modi immediately after the capture of Indian pilot in Bhimber but Modi refused to take his call. Imran never made any demands for releasing Wing Commander Abhinandan and released him for reducing the tension. There is a general impression in Pakistan that peace is not in the interest of Modi right now because he is heading for general election. In my humble opinion Modi should not avoid Imran Khan. He should utilise this opportunity to start talks on terrorism. Pakistani Foreign Minister Shah Mehmood Qureshi received a dossier from Indian side about JeM on February 28.

If India is not interested in talks why did Delhi send a dossier to Islamabad? If Indian and Pakistani leadership is in contact with each other through American and Saudi officials why not talk directly? If there are no talks then Imran Khan has already made it clear that “Pakistan is ready to respond to any aggression from India”.

Some Western diplomats told me that if India starts dialogue with Pakistan on terrorism then Pakistan will try to force India to talk on Kashmir and that is not be acceptable to India. It is a general impression that there is no other option than dialogue but a formal dialogue may start after the Indian election. What will happen if a formal war between India and Pakistan starts before election? Modi must realize that war may benefit him for the time being but ultimately that will destroy regional peace. Learn lessons from the failures of the super power America in Afghanistan. America and its allies used their military might against Taliban for 17 years. They used the UN to impose sanctions on Taliban but they failed to defeat them in Afghanistan. Now Americans are talking to Taliban. There is a difference between Taliban and Pakistan. Taliban are not a nuclear power. Pakistan is a nuclear power. If the two nuclear power start fighting then a small war will lead to a bigger war. These wars will produce many “children of war”. The victims of war are often expected to be vengeful of their brutalisation to promote new cycle of violence. The emotional reactions of people affected by war are harmful to themselves and dangerous to others. I have seen in Afghanistan, Iraq, Syria, and Palestine, Chechnya and in the Pakistan tribal belt that the children of war turned into suicide bombers. Traumatisation makes them vengeful. They become like Adil Ahmad Dar who targeted the CRPF convoy in Pulwama last month. These children of war become assets for outfits like JeM. The war hysteria will only help likes of JeM. This outfit was long ago banned in Pakistan. If it still exists anywhere in Pakistan then Modi must confront Imran Khan directly. If he goes for aggression he will help JeM. War will be the victory of JeM. Why is Modi playing in hands of JeM?

Look at the Afghan Taliban and the US! They are fighting in Afghanistan but talking to each other in Qatar. Why can’t India and Pakistan talk? Yes, I know we need to reduce tensions before talks. Politicians from both sides cannot play a positive role in reducing tensions. Use cricketers, singers, actors and educationists to improve relations. Right now it is difficult because election in India is right at the corner, but don’t waste time. Things may become more complicated after the election.

At least declare a ceasefire across the LoC and give some relief to the Kashmiris on both the sides. If there is no de-escalation in the coming few days, then I fear George Friedman may prove wrong at least about his prediction of the Third World War. It may not start around 2050. It may start soon. We must say a big no to war.

This article was first published in The News.The writer works for Geo Television and tweets @HamidMirPAK