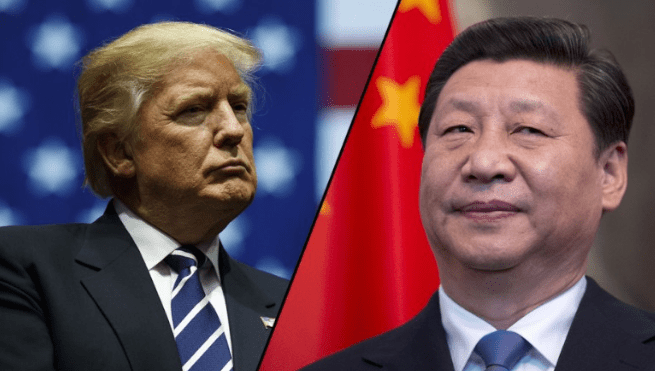 The United States, after giving China a free hand in Southeast Asia, is trying to regain the lost ground, as evident from US secretary of State Mike Pompeo’s recent phone calls to foreign ministers of many ASEAN countries. But, is it a case of too little, too late?  US President Donald Trump lost southeast Asia to China on day one of his presidency when he scrapped the Trans-Pacific Partnership (TPP) trade deal. Senators across the party line had criticised the decision with late John McCain (Republican) calling it “a serious mistake that will have lasting consequences for America’s economy and our strategic position in the Asia-Pacific region” while Democrat Senator Sherrod Brown said, “it would ultimately give China more influence over the region”.

The TPP, conceived by President Barak Obama, was seen as a crucial move to counter China’s economic and military influence in the Southeast Asia region. China was deliberately kept out of the deal to give 11 nations more leverage and a better economic alternative.

Kishore Mahbubani, the dean of the Lee Kuan Yew School of Public Policy at the National University of Singapore, and author of ‘Has China Won?: The Chinese Challenge to American Primacy’  had predicted at that time that  if the US walks away from TPP, the biggest winner will be China. There’s no doubt about that.

Bloomberg in a report, ‘Why Trump’s withdrawal from the TPP is a boon for China’, said the US retreat from the region will create a political and economic vacuum, which China will eagerly fill. And as expected China has ramped up its economic and political influence in the region.

Japanese prime minister Shinzo Abe was more forthright when he said: “There’s no doubt that the focus will shift” to the China-led deal. And after that, trade negotiators from China, Japan, Australia, India and 12 other Asian nations got down to stitch the Regional Comprehensive Economic Partnership (RECP). With the US missing from the deal and India withdrawing at the last moment, has given greater leverage to China, being by far the largest economy in a now regionally focused East Asian system.

The 35 ASEAN summit in Bangkok in November 2019 provided further evidence of how the US is neglecting its strategic interest in the region. Mark J Valencia, writing in The South China Morning Post, said the United States has again lost ground in its struggle with China for the hearts and minds of Southeast Asia. Valencia wrote the US diminished its clout by sending a delegation headed by US National Security Adviser Robert O’Brien and Commerce Secretary Wilbur Ross at a summit attended by Chinese Premier Li Keqiang, Japanese Prime Minister Shinzo Abe and Indian Prime Minister Narendra Modi.

“The lower-level representation of the US delegation embarrassed summit host Thailand, a traditional US ally, and confirmed suspicions that ASEAN does not figure prominently in US strategic thinking and that US commitment to the region is unreliable.”

This perception was confirmed in the  “State of Southeast Asia 2020” report issued by the Singapore-based Institute of Southeast Asian Studies (ISEAS).  As many 47 per cent of respondents to the ISEAS survey had little or no confidence in the United States as a strategic partner and provider of regional security. More than three-quarters believed that US engagement with Southeast Asia has declined under the Trump administration, and 79 per cent believe that China is the most influential economic power in the region.

This is the reason why Pompeo’s phone calls to foreign ministers of Singapore, Indonesia, Brunei, and vice-president of Vietnam failed to evoke a positive response.

The major claimants in the South China Sea dispute – Vietnam, Malaysia, Philippines, and Brunei – have refused to be dragged into the US-China tussle.  Malaysian foreign minister Hishammuddin Hussein has said that Malaysia does not want to be ‘dragged and trapped’ in a geopolitical tussle between superpowers while Philippine president Rodrigo Duterte has ordered the Philippine navy not to join US-led military exercises in the South China Sea.

“The president has a standing order … that we should not involve ourselves in naval exercises in the South China Sea, except in our national waters, [within] 12 miles of our shores,” defence secretary Delfin Lorenzana said. Brunei has never asserted its claim strongly. The lone voice of dissent comes from Vietnam, which is facing intense pressure China. Recently,  Vietnam had agreed to pay around a billion dollars to two international oil companies after cancelling their South China Sea operations following pressure from China.

Singapore and Indonesia, who are not claimants in the South China Sea, have clearly steered away from the dispute.  A statement issued by the foreign ministry said: “Singapore is not a claimant state and we do not take sides on the competing territorial claims” while Indonesian foreign minister Retno Marsudi posted on Twitter about her call with Pompeo, saying that she had raised two issues – vaccine production as well as the strengthening of trade and investment. Most analysts say Retno leaving out South China Sea dispute was part of Indonesia’s ‘balanced’ approach in the US-China rivalry.

Hikmahanto Juwana, a professor of international law at the University of Indonesia, said Pompeo had failed to get support from Singapore and Indonesia to go against China as both the ASEAN nations had chosen to remain “neutral”.

He added that the US would need greater support from Southeast Asian nations if it wanted to send a message that China should not dominate the South China Sea.

Choong also weighed in on Pompeo’s strategy, saying that challenging China on values and democracy was “not going to take off” in Southeast Asia.

“We are not going to see the same kind of pushback that the US expects to see in ASEAN,” he said. “This whole confronting China and kicking down the front door, I don’t think that’s an ASEAN way.”