Muslim Mirror
Home Book Review How we went wrong in understanding ecology – and what to do...
Facebook
Twitter
WhatsApp
Email
Telegram 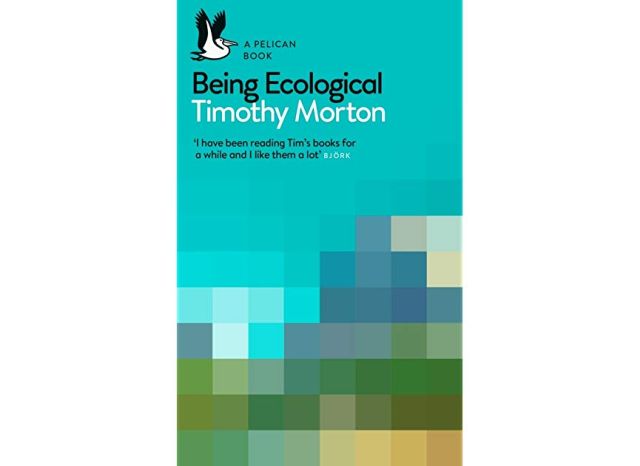 Global warming is a reality and many throughout the world acknowledge it, but then, there are also significant, and influential, sections who dismiss it as a hoax. Why are they so dogged in denial? We can condemn their lack of awareness about the planet’s condition, but what if there is another reason — one we are all to blame for.

Is it that our whole approach to ecology — since the dawn of civilisation — has been faulty, particularly in the dichotomy between humans and nature, asks academician and philosopher Timothy Morton, and then goes on to show us how in this engaging book on ecology with a difference.

Morton, whose main work seeks to explores the intersection of object-oriented ontology (the philosophy based on the basic premise that “nothing can be accessed all at once in its entirety”) and ecological studies, first specifies what his book is not, or intends doing.

It is not a “confusing information dump”, most of which are frequently outdated by the time they are read, nor one of those “slapping you upside the head to make you feel bad” or “shaking your lapels while yelling disturbing facts”, or “hand-wringing in agony about ‘What are we going to do?'”. It thus, he says, avoids the “seductive rhetorical mode: the guilt-inducing sermon”.

But the biggest difference is that it doesn’t have one single fact about ecology or the environmental condition, and the author explains why, while contending what we think are facts are actually “factoids” or, say, facts with an agenda or spin.

All this should not lead you to believe Morton doubts global warming, for he doesn’t mince words in actually terming it a mass extinction — the sixth in our planet’s life, and when it actually began.

But his method is, however, not to follow the mistakes of other writers about environmental issues in furnishing a whole host of scary facts, which may seem important but are actually “inhibiting a more genuine way of handling ecological knowledge”.

Along with this contention — elaborated in his introduction — Morton also makes quite a convincing argument of how this fact or factoid-based approach fuels the rigidity of the global warming deniers.

As he tries to teach us how to better understand our planetary crises by “living ecology”, he stresses that for this, we must first understand the scope and limits of knowing and experiencing our world in the scientific way we have been used to. For this, he argues, creates an epistemological divide between objects and data, while the observer’s detachment from the phenomenon at hand is not helpful. “Being ecological includes a sense of my weird inclusion in what I’m experiencing,” he says.

But first, in order to “live” ecologically, Morton — provocatively but logically — stresses the imperative of breaking through the “massive firewall” our Neolithic ancestors built between humans and non-humans some 12,000 years ago, as they began creating agriculture and theistic religions.

We must abandon anthropocentrism, which makes humans think they are outside nature, when they are not, he says, drawing in everything from Sigmund Freud on post-traumatic stress disorder in dreams to Rolling Stones’ lyrics, from Star Wars’ “the Force” to Tibetan Buddhism to “The Matrix”, as well as a whole phalanx of philosophers and an expansive array of pop culture, to make his case.

And then also there are a wealth of other insights including how individuals are in no sense guilty for global warming — with the sobering corollary how their personal initiatives cannot atone — the difference between facts and data and the things they purportedly represent, how being in a “coldly scientific” era does not mean objectivity or how the whole is less than the sum of its parts.

Then we must learn that what is believed is not as important as how we believe, and many more that will lead us to question the very assumptions we have trusted so far.

Morton’s book is in no way a manifesto of what we can do to counter global warming, and all its attendant consequences, but an eye-opening look at humans’ role and connection with their world — and how unless we succeed in this venture, nothing we do is going to help.