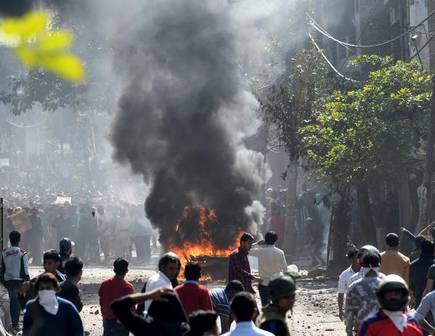 NEW DELHI – “From a hundred rabbits you can’t make a horse, a hundred suspicions don’t make a proof,” said the Additional Sessions Judge of a district court in Delhi, quoting Russian Novelist Fyodor Dostoevsky, while dropping charges of attempt to murder against two accused in the Delhi riots case.

Additional Sessions Judge Amitabh Rawat made the observation on Monday while hearing an application by two riots accused Imran alias Teli and Babu, seeking discharge of offences in the case.

Prosecutor Saleem Ahmed, appearing for the State, told the court the accused must be charged for having joined and being members of unlawful assembly armed with weapons and participating in the rioting on February 25, 2020.

He requested the court to charge them both for the offences under Section 143 (unlawful assembly), 144 (Joining unlawful assembly armed with deadly weapon), 147 (punishment for rioting), 148 (rioting), 149 (comment object), 307 (attempt to murder) of IPC and Arms Act.

However, the judge was not satisfied. It noted, “The criminal jurisprudence says that there must be some material against the accused persons to frame a charge. Presumption can’t be stretched to take the shape of proof or evidence.”

The charge sheet depicts nothing for charging them under Section 307 of IPC or Arms Act.” Dostovsky in ‘Crime and Punishment’ says ‘From a hundred rabbits you can’t make a horse, a hundred suspicion don’t make a proof’…both accused are discharged of Section 307 IPC and Arms Act.” -IANS