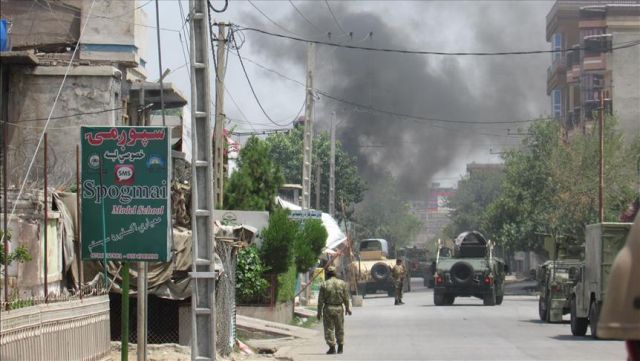 Kabul, Afghanistan: Deadly clashes between the Afghan security forces and the Taliban have killed or wounded over 100 people — including militants and security personnel — in northern Faryab province, officials and local media said on Tuesday.

Mohammad Taher, chairman of the Faryab provincial assembly, told Anadolu Agency a company of the Afghan National Army (ANA) with some 350 soldiers came under the Taliban assault in the Qaisar district.

Tahir said up to 90 rebels got killed and more than 50 got wounded in the clashes.

The 209-Shaheen Crops of the Afghan National Army has acknowledged in a statement four soldiers got killed and seven others got wounded in the exchange of fire.

It added the Taliban’s shadow governor for neighboring Badghes province, Qari Mohammad Ayub, is among those killed in the air and ground offensives in Qaisar.

Meanwhile, Qari Yosuf Ahmadi, the Taliban spokesman, said in a tweet the militant group killed “dozens” of soldiers and destroyed a number of military vehicles in the Chahr Shunba and Chilgazi areas of the province.

On Tuesday, the local Salam Afghanistan radio reported the security forces vacated a number of distant positions on the Heart-Faryab highway in a bid to avoid casualties among forces in areas away from urban centers and close to the militants’ bastions.