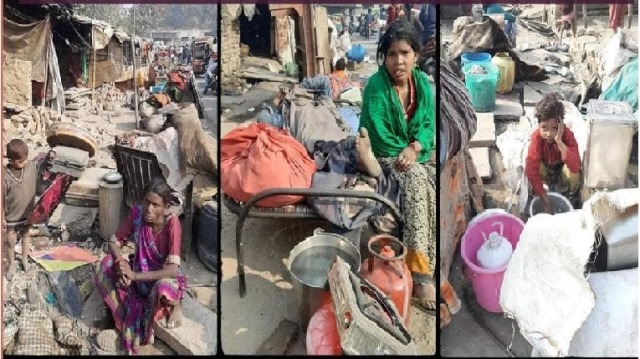 New Delhi:  The  National Alliance of People’s  Movements (NAPM), a broad-based coalition of  NGOs,  on Tuesday  strongly condemned  the demolitions of working class and Dalit  localities in the name of ‘Smart City’ in  Varanasi which is  the Prime Minister Modi’s parliamentary  constituency.  Demanding immediate rehabilitation of the hundreds of uprooted poor people, it took a dig at the Modi government’s pet slogan ‘Sabka Saath, Sabka Vikas’ saying even in the PM’s constituency basic dignity and rights are not guaranteed to the oppressed people.

The Alliance said the Modi government has been selling the dream of a ‘Smart City’ to the citizens for years now and has spent thousands of crores on this scheme across the country.

In the ranking released by the Government of India in September 2020, Varanasi held the ‘first place’ in the country. It is claimed that ‘world class’ facilities would be provided here. But in the midst of these claims, one must ask: to what end and at what cost is this happening?

Right amidst the ‘festive days’ on  January13, 2021, in the area around Teliana railway line in Varanasi, the houses of hundreds of working-class people, many belonging to Dalit communities, were demolished by the Government.

It is sad to note that no other alternative has been provided for most of them in terms of rehabilitation. The eviction of people from their homes in the midst of the Covid pandemic as well as severe cold is not only inhumane but also in violation of the orders of the Supreme Court.

“For all high-talk around ‘Sabka Saath, Sabka Vikas’, the poor and working-class communities are not guaranteed basic dignity and rights even in the parliamentary constituency of the Prime Minister, Narendra Modi”, it underlined.

This again reveals the anti-worker character of the Yogi and Modi Governments, it added.

Most people who lived in the demolished settlements are manual scavengers, sweepers, daily wage labourers or work in other people’s houses. Due to the destruction of their settlements, there is a threat to not only their health, but also their livelihood. Currently, most of these people have been forced to live on the roads.

It said “NAPM strongly condemns the Varanasi administration and the Government for forcibly destroying the homes of hundreds of people from oppressed communities, Dalit and working class, without any rehabilitation, in the name of ‘Smart City’. It also calls upon the administration to:

In a signed statement, the Alliance highlighted that “In Chennai, Delhi and many other cities of the country, settlements of the working-class people, especially belonging to religious minorities and oppressed caste communities are being demolished.”

It also demanded that in view of the Corona pandemic, the Centre and all the state governments should immediately stop all evictions and issue a complete moratorium on the same.